Since teasing Moto G100's blue color design, several rumors have appeared and people are always after those leaksters who have a nose for the news.

Now, the confirmed global launch date of Motorola's flagship phone is on March 25. We have only three days remaining for the final revelation on its speculated specifications, but before that, let's see what the leakster revealed and what are things that we should expect for this upcoming smartphone.

Moto G100's Leaked Specs According to One Tipster 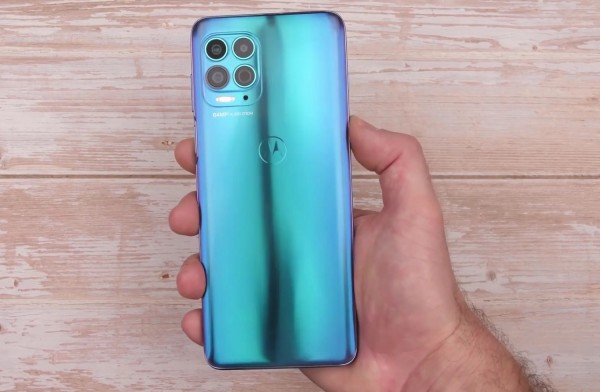 Mobile phone enthusiast and popular phone leaker Evan Blass wrote the specifications of the upcoming flagship Moto phone. He said that it was in December 2020 when the rumors started together with Moto G100's retail branding.

Furthermore, Blass noted that the Moto G100 series phone will be run by a powerful Snapdragon 870 SoC. If this is true, this will be the first device of the G-series to feature Qualcomm's 8xx processor.

Moreover, the storage of this phone is speculated to have 12 GB RAM, which was much bigger compared to the previous rumor which said that it had 8GB RAM. For its internal storage, we could probably see 256GB of space. What's even more impressive is the extension of the additional 1TB storage capacity which was supported by a microSD slot.

For its cameras, the Moto G100 will be having six of them. The first two cameras have 16 MP, together with the front camera which has 8MP perfect for taking selfies.

At the back, we would see a quad-camera that has 64 MP, as well as 16 MP and 2MP. It also borrows support from the Time-of-Flight (ToF) sensor.

MotoG100's 20W-ultra-speed charging fully complements its 5000mAh battery. You can also connect it to a monitor, so you can watch on a large screen through its HDMI cradle that is expected to come by the time it is readily available for the public.

What to Expect for the Upcoming Moto G100?

Anvinraj Valiyathara of Gizmochina reported on Monday, Mar. 22 that the Moto G100 is expected to be a 6.7-inch flagship phone suitable for HD viewing. Despite its official release on Mar. 25, Blass said that by next month, we could see it along with its HDMI package.

Besides the information that he leaked about Moto G100, ParatuPC, a retailer from Spain revealed that Blue phone is priced at €479.77 ($570). It is said to have 8GB +128GB for its storage. However, Motorola XT2125 was the only listed name of the product.

Since there is no official name of the handset, we are expecting that this will be the upcoming Moto G100. If it is not the flagship phone, it could be the rebranded edition of one of Motorola's smartphones.

Still, there are claims that the Moto G100 is the only improved version of the Motorola Edge S. The said phone debuted in China earlier this year. It is priced at $307 or 1,999 Yuan.

It's only three days before we know the true specs of this product. For more information, visit our page regularly so you will not miss any updates.