Google has recently defended the Android OS after claims and a study surfaced, saying that the operating system collects 20 times more data compared to its rival, the Apple iOS. The internet company called the study's methodology to be "flawed" and compared it to a regular car sending status to manufacturers.

Android vs. iOS: Which OS is more data consuming?

According to the study entitled "Mobile Handset Privacy: Measuring The Data iOS and Android Send to Apple And Google" authored by Douglas J. Leith from Trinity College Dublin, Ireland; the company tested out both phones and operating systems to determine how much data it sends on different statuses. Here, the researcher put the smartphone on idle, along with inserting SIM cards on them, and also other methods. 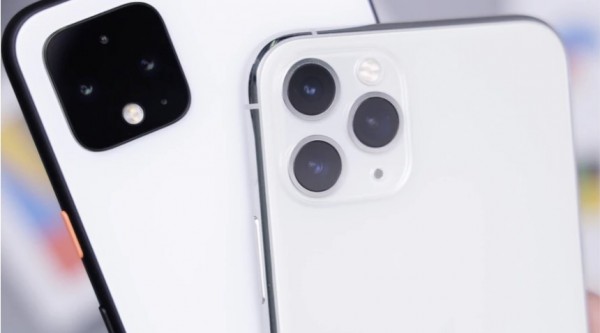 The study has discovered that these smartphones are constantly sending data from a device to its software developer (Apple and Google), which is then used to optimize the performance and its function. The researcher has discovered that both smartphones have sent data to both developers in 4 and 1/2 minutes despite being idle and having no processes.

This occurs continuously throughout the researcher's study. However, the discovery of the researcher has led to the amount of data that differ massively between both operating systems, particularly with its built-in applications from Apple and Google. The iOS sends roughly 5.8 GB on a 12-hour period to Apple, while Android sends 1.3 TB of data to Google.

Significantly and number-wise, the researcher's data shows the massive difference from one operating system to another, and how it greatly varied from the smartphones despite having an identical process. 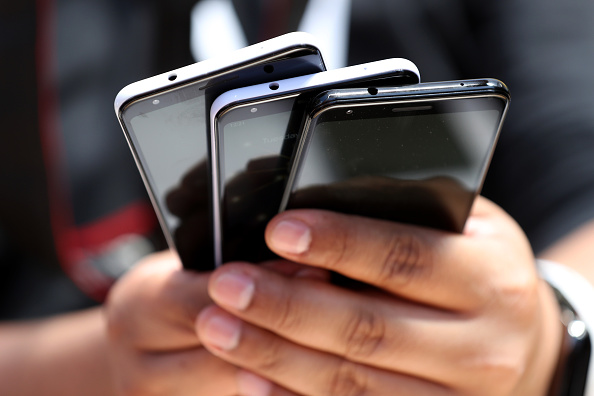 (Photo : Photo by Justin Sullivan/Getty Images)
MOUNTAIN VIEW, CALIFORNIA - MAY 07: An attendee holds a stack of the new Google Pixel 3a during the 2019 Google I/O conference at Shoreline Amphitheatre on May 07, 2019 in Mountain View, California. Google CEO Sundar Pichai delivered the opening keynote to kick off the annual Google I/O Conference that runs through May 8.

Here, Google explained how a data collection on an Android phone works, and the company has compared it to a "regular car" which sends constant statuses and service information to its manufacturers. Additionally, the company said that iOS and Android both amass data to send to its developers to ensure that the devices' software is up-to-date for efficient performance.

The spokesperson also added in the background that several data collection measures should also not have been part of the study, particularly the "Telemetry data" which is a prerequisite for updating the software. This information is needed to ensure that a phone is regularly updated and patched with the Android OS.

Related Article: Microsoft Edge vs. Google Chrome: Best Web Browser for Windows, Is It Time For a Change?