A Fan Creates World's Largest Playable Nintendo Switch: Here's How He Pulls It Off

A fan was able to make the world's largest Nintendo Switch. The great thing about it is that it is also playable. Nintendo Life reported that the creator of this invention is Micheal Pick, who is also known on YouTube as "The Casual Engineer." 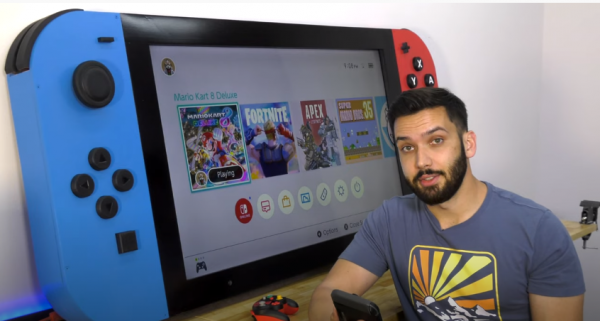 (Photo : Screenshot from YouTube account of Michael Pick)
A Fan Creates World's Largest Playable Nintendo Switch: Here's How He Pulls It Off

"This is a Nintendo Switch and this is the worlds largest, fully functional, Nintendo Switch. Every single button works!" said Pick via his official YouTube channel.

"I really like the Nintendo Switch It's small, it's portable... but it's really easy to lose and for me that was a problem... So I decided to fix that by making something that was a little bit larger, and just a little bit harder to lose," he added.

Random: Someone Made The "World's Largest" Nintendo Switch, And It Actually Works: It's all for a good cause, too. Ever wondered what it would be like to play a gigantic Nintendo Switch? Well, so did "The Casual Engineer" Michael Pick, so he decided to… https://t.co/2qwAVenSRk pic.twitter.com/XSf51LjGEH

If you are one of those people who wants to know how he made it, here are other details you should know.

In the video, the YouTuber used wood as the gaming console's main body. On the other hand, he also used plastics for the curved parts and other buttons of the huge Nintendo Switch. 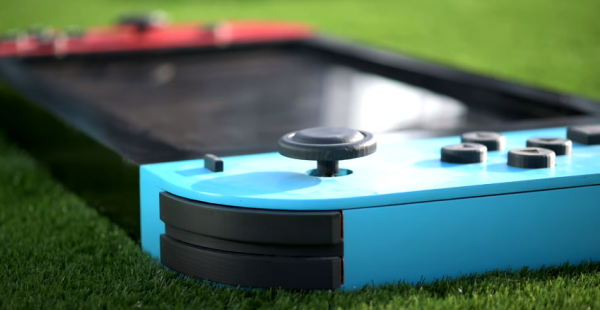 (Photo : Screenshot from YouTube account of Michael Pick) A Fan Creates World's Largest Playable Nintendo Switch: Here's How He Pulls It Off

To carve the woods, he used drills, hacksaws, and grinders to chip off the excess parts and replicate the actual shape of the usual Nintendo Switch console. For the screen, the content creator opted for a 4K display that will be used to play available games for the popular gaming gadget.

He confirmed that a user could play various titles using his enormous console since it has a giant switch, joycons, and an external pro controller that are functioning just like the normal device.

Random: Someone Made The "World's Largest" Nintendo Switch, And It Actually Works https://t.co/EDDNo1zvvE #Random #NintendoSwitch pic.twitter.com/zqQ9qYV138

For those who are curious, its actual size is 30 inches by 70 inches, and it weighs around 30 kilograms. This means that his creation is 650 times bigger than the usual Nintendo Switch console.

Since it is heavy, the players need to put it on the ground so that they can properly use it.

Can you buy it?

If you are one of those Nintendo Switch fans that are interested in buying the giant console, then there's sad news for you since Pick confirmed that he would not sell it for any price. But he did say that he gave it to Saint Jude's Hospital.

This organization collects anything that could make their patients happy. If you also want to help this hospital's patients, all you need to do is click here. You don't need to create a unique device since they also accept cash donations ranging from $10 up to $100.

For more news updates about Nintendo Switch and other popular gaming consoles, always keep your tabs open here at TechTimes.