A recent Facebook hack reveals the sensitive details of its CEO, Mark Zuckerberg, in which a cybersecurity expert discovers that he has signed up and uses the encrypted messaging app, Signal. It is known that Signal Messenger is one of the rivals of Facebook's instant messaging app, WhatsApp after facing a boycott. 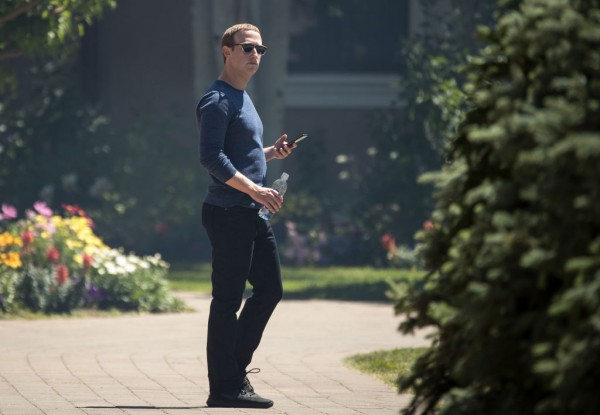 In a revelation by a cybersecurity expert known as Dave Walker on Twitter (@Daviey), the Facebook hack that exposed more than 533 million users' sensitive information online, the CEO is among the affected individuals. This led Walker to dig more into the information and this is where the cybersecurity personnel discovered Zuckerberg's ties to outside of Facebook.

In another turn of events, Mark Zuckerberg also respects his own privacy, by using a chat app that has end-to-end encryption and isn't owned by @facebook

In Walker's tweet, he regarded Zuckerberg as someone who "also respects his own privacy" by using the Signal Messenger application, which was a known alternative that could protect one's information via online encryption. Facebook is also notoriously known to ask for further data from users to use for its ad tracking venture in the platform.

The number that was discovered on Signal Messenger was taken from the Facebook hack's leaked list online, and Walker has claimed that this is linked to the Facebook account used by Mark Zuckerberg indeed. Walker also mentioned that the irony in this is that the Facebook hack has also included its CEO, who was not spared from the attack.

Signal Messenger is known for also taking part in the trends and online discussions regarding its products and services, and a clear example of it is when a wrong "Signal" rose in stocks. This happened after the Tesla CEO, Elon Musk, told people to use the instant messaging application instead and boycott WhatsApp. In a recent tweet by the company (@signalapp), Signal said that "Mark leads by example" with his phone number appearing on the Signal Messenger app and having an account. This was mentioned due to the May 15 deadline of WhatsApp for accepting its terms and services to share data and information to Facebook.

With the May 15th WhatsApp Terms of Service acceptance deadline fast approaching, Mark leads by example:https://t.co/Mt5YksaAxL

The CEO is not boycotting his company, and some Twitter users speculate that he may only be using this for personal purposes or may have only created an account. The existing account of Zuckerberg may not bear any importance or gravity, despite being a prominent rival and competitor of WhatsApp that is under heavy criticism.

Related Article: How to Check if My Facebook Data Have Been Hacked [2021]: 533 Million Accounts Compromised