Google might have accidentally leaked the first look of its Pixel Buds A. Various sources stated that the tech giant firm showed the wearable device's image through an email that was sent to users' Google Nest accounts.

(Photo : Screenshot from Twitter post of @DadaBhaitech)
Google Accidentally Leaks Pixel Buds A's Image Through an Email: Other Details You Need to Know

The upcoming Google Pixel Buds A have 'accidentally' been leaked by, well, Google. pic.twitter.com/JQ4ScQsIih

Aside from how it looks like, the email message also leaked some possible features of Google Pixel Buds A.

According to Gizmo China's latest report, the email accidentally included Pixel Buds A's image together with a link to the Google Store where the wearable device is listed under the Accessories section of the company's official website.

Based on the leaked visual, the upcoming Pixel Buds A still has the same design as its predecessor, which is Google Pixel Buds. However, it has a dark green color, which is very different from the current grey one.

9to5Google previously reported that Google's earphones had surfaced on the FCC website as a new Pixel Buds-like device for certification. Recently, there were two Weifang Goertek Electronics' devices that passed the FCC listing. 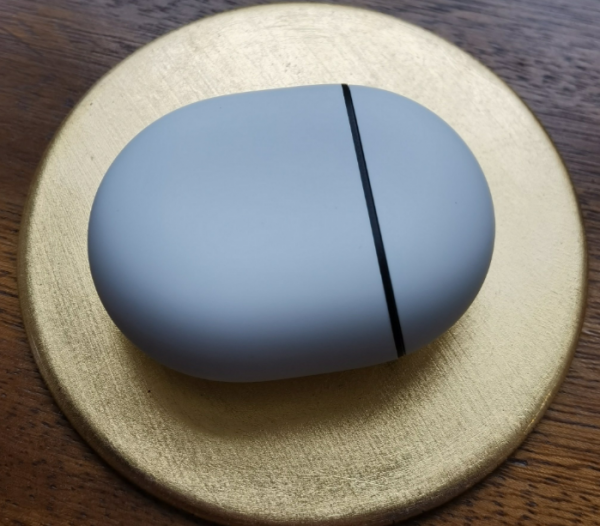 (Photo : Screenshot from Twitter post of @jesskellynt)
Google Accidentally Leaks Pixel Buds A's Image Through an Email: Other Details You Need to Know

Been using the Google Pixel Buds for the past week. I like them a lot.
€199 pic.twitter.com/39qJvhNJrz

These two wearable gadgets have model numbers GPQY2 and G7YPJ. Speculations stated that the two numbers could represent the left and right sides of the upcoming earphones.

On the other hand, the dimensions that FCC documentation revealed, which is 27 by 20 by 15 millimeters, is very similar with the current Pixel Buds version. Because of this, rumors stated that Google might release the new Pixel Buds A as an alternative to the current version's practical issues.These include disconnection problems.

Google analysts are expecting that Pixel Buds A's higher power output will remove this issue once it is released.

Meanwhile, Tom's Guide also confirmed that the new Google Pixel Buds A could have the same features that its predecessor offers. However, the company might release it at a lower price.

As of the moment, speculations stated that the new wearable device could cost around $100 to $150 range, which is cheaper than Pixel Buds 2's $179 price tag.

Other things that Google accidentally leaked

Aside from the upcoming Pixel Buds A, Google's email also accidentally revealed some upgrades that the Nest Hub could receive sppn, including smart device controls, voice sharing, and other enhancements.

However, the tech giant company hasn't confirmed any of this information. Right now, it is still advised to wait for the software giant's actual announcements.