Alibaba Group Holding faces a record fine of 18.2 billion yuan (US$2.8 billion) for monopolistic business practices deemed an abuse of its dominant market position in China.

The news comes after China's regulatory agency launched an investigation in December 2020, which is centered on Alibaba's alleged antitrust practices.

Alibaba had come under fire as China's State Administration for Market Regulation (SAMR) had opened an investigation against the e-commerce giant.

SAMR alleges that Alibaba had forced its member merchants to sell exclusively on its platforms and avoid rival e-commerce sites, according to the state-run media Xinhua news agency's report on n Saturday, Apr. 10.

Xinhua's report also revealed that the size of the penalty was based on the value of 4 percent of its total domestic revenue in 2019.

The antitrust investigation is part of China's efforts to keep the country's leading tech firms in check through regulatory actions.

In Alibaba's case, SAMR said in a statement on Saturday, Apr. 10, that the e-commerce company's policy stifles competition and "infringes on the businesses of merchants on the platforms and the legitimate rights and interests of consumers."

Meanwhile, Alibaba released an open letter on the same day as SAMR's announcement acknowledging the regulatory agency's decision and penalties.

"Alibaba would not have achieved our growth without sound government regulation and service, and the critical oversight, tolerance, and support from all of our constituencies have been crucial to our development," the statement reads.

Jack Ma, Alibaba's co-founder, has been under scrutiny since October 2020, after criticizing Chinese regulators as being behind the times - a rare public criticism that had been viewed as a challenge to China's state-dominated financial sphere.

During the Bund Summit 2020 in Shanghai, Ma called out Chinese regulators for stifling innovation and claimed that banks in China are suffering from a "pawnshop mentality."

An English transcript of Ma's speech was published by Hong Kong's Apple Daily newspaper on Nov. 2020, and it reads:

"In the old days, a pawnshop was an advanced idea. Had it not been for innovations such as pledges and collaterals, there would be no financial institutions today, and the Chinese economy would not have developed over the past 40 years to such a point now." 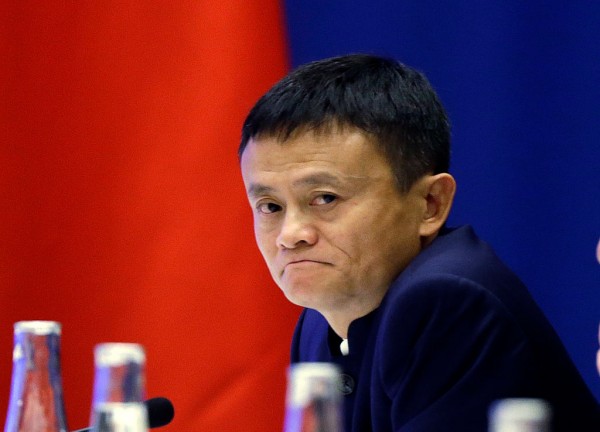 After the speech, Ma was not seen in public after reports that Chinese authorities summoned him for questioning.

The Chinese billionaire also failed to appear on several TV shows he was supposed to star in, such as the talent show of the Jack Ma Foundation, "Africa's Business Heroes."

Ma was scheduled to judge in its final episode but was surprisingly replaced by Alibaba's co-founder Lucy Peng, and his photo was removed from the judging webpage.