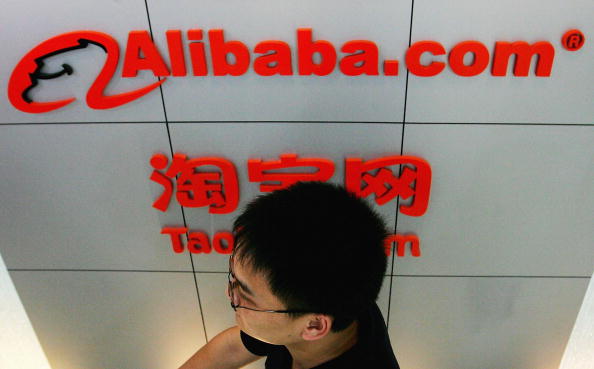 (Photo : Photo by Guang Niu/Getty Images)
A man walks past the logo of Alibaba (China) technology Co., Lth on August 12, 2005 in Beijing, China. Yahoo Inc. signed a deal to buy 40 percent of Alibaba.com for EUS 1 billion cash while handing over the running of its China operations to the Chinese online retailer in the biggest investment by a foreign company to gain access to China's 100 million net users. The deal creates an e-commerce giant, with the combined entity valued at four billion USD

According to The Wall Street Journal, Pinduoduo is a five-year-old application that turned discount shopping into an online game. Because of its unique service, it was able to beat Alibaba Group Holding Ltd. as China's most popular internet shopping site.

Its success started in 2020 after it reached more than 780 million users. On the other hand, The Star reported that Pinduoduo's success was also made possible by Colin Huang, the company's founder who stepped down as the chairman of the board of directors.

Thanks to his efforts, Pinduoduo was able to gather millions of followers, surpassing Alibaba's 779 million users, and JD.com's 471 million active buyers. Aside from this, the company's latest earnings and revenues also blew past analyst estimates.

"We are proud that we have become the world's largest e-commerce platform by user numbers," said Chen Lei, Pinduoduo's new CEO, via The Star. "We will work hard to deliver even better results in the years to come," he added.

Pinduoduo started out by popularizing social e-commerce in China. Because of the company's efforts, many users were able to get lower prices by inviting friends on social media to purchase the same products they are buying. 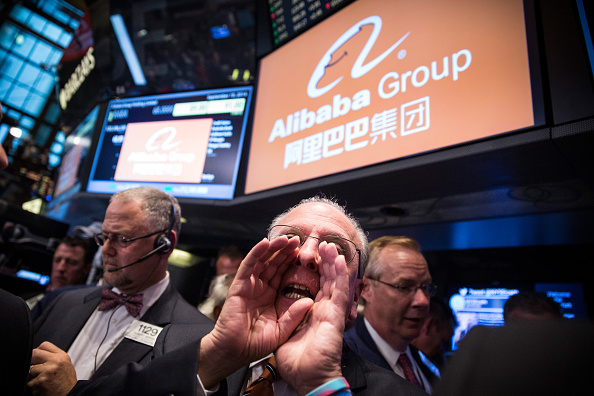 (Photo : Photo by Andrew Burton/Getty Images)
Traders work on the floor of the New York Stock Exchange while the price of Alibaba Group's initial price offering (IPO) is decided on September 19, 2014 in New York City. The New York Times reported yesterday that Alibaba had raised $21.8 Billion in their initial public offering so far.

The e-commerce company is now one of many platforms using community group buying to attract users with lower prices, which became more popular during the COVID-19 pandemic. On the other hand, Pinduoduo also moved aggressively to the grocery area.

As it rises in the e-commerce market, Pinduoduo now plans to build a new logistics infrastructure plaform that will lower costs, speed up the delivery of agricultural producst, and reduce waste. Aside from this, the company will also focus its investments in related technologies for food safety, alternative proteins, and precision farming. If you want to know more about the new innovations of Pinduoduo, all you need to do is click here.

For more news updates about Alibaba, Pinduoduo, and other Chinese e-commerce companies, always keep your tabs open here at TechTimes.

Related Article: How Sven Platte Quit Being a Dentist and Established Himself as a Leading Entrepreneur