Square Enix released a Japanese ad for its upcoming "Nier Replicant" Version 1.22474487139. The new commercial was said to be 15 seconds long.

Nier: Replicant & Judgement is 5 days away for launch, it is awesome to see more Japanese support for Xbox I cannot wait on what's next to come. I'm very excited! pic.twitter.com/MKnDz5ZZTd

Square Enix's official Youtube channel posted the viral advertisement of the popular adventure game. The 15-seconds advertisement showed a man wearing a hooded outfit, who is fighting some monsters in the middle of the street.

After the epic battle, the commercial then showed the release date of the game's version 1.22474487139, which is also called "Shinjuku ver.0.25: New Game Plus." Right now, the new commercial already garnered more than 219,000 views.

To help you further, here are the details you need to know about the upcoming version of the popular "NieR Replicant."

Shinjuku ver.0.25: New Game Plus is expected to be the new version of "NieR Replicant," which was only released in Japan. The new game will provide the users a better experience compared to the one offered by the current "NieR: Automata," thanks to its new modern upgrades. 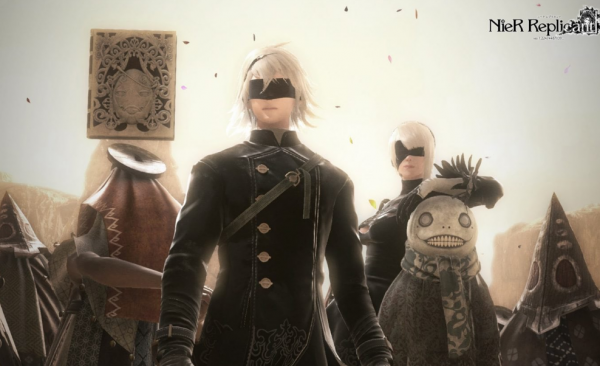 I was hoping it'd be like Kaine or Daddy Nier as playable characters, but this is not bad either.

The protagonist in the video is a kind young man who lives in a remote village, as explained by GEMATSU's latest report.

Square Enix also explained that the main character will have a strange talking tome companion called Grimoire Weiss. They will search for the "Sealed Verses" in order to save his sister, Yonah.

Aside from these three characters, there will also be other heroes that players will encounter once it is released. Here are their names, as stated by Square Enix's official website:

When will it be released?

The new "NieR Replicant" version 1.22474487139 is expected to arrive on Xbox One and PlayStation 4 platforms this coming Apr. 22 in Asia and Japan. On the other hand, the new game will be released in Europe and North America in Apr. 23.

Once Square Enix launches this game, you can get it via Steam's website.

If you are a fan of "NieR: Automata," then you will surely be excited since it will allow you to play in two worlds, specifically the Village/Northern Plains and Facade/Barren Temple. If you want to know more details about it, all you need to do is click here.

For more news updates about "NieR Replicant" and other similar titles, always keep your tabs open here at TechTimes.