Samsung Galaxy Z Fold 3 rumors had been surfacing recently, but the biggest one yet is the speculation that it will come with an unannounced processor.

The news rules out the possibility that the upcoming phone will be powered by Qualcomm's Snapdragon 888 and that it would come with Samsung's very own Exynos 2100.

The upcoming Samsung Galaxy Z Fold 3 has always been thought to come with Qualcomm Snapdragon 888 SoC like the rest of the flagship phones, but a prolific leaker said otherwise.

According to TechRadar's report on Apr. 18, well-known leaker Ice Universe revealed that the upcoming foldable phone would come with a "top-secret" processor.

The leak led to many speculating that the Samsung Galaxy Z Fold 3 will come with an unannounced Samsung Exynos processor powered with an AMD GPU. 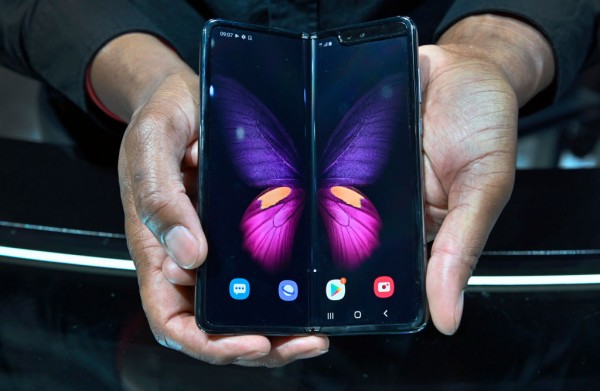 A report from Phone Arena published on Apr. 16 seemed to back up the rumors, after posting a statement made by Samsung's System LSI Business President Dr. Inyup Kang. According to the report, Kang revealed that "the next flagship product" would come powered with an AMD chipset, but held back in confirming if the product is the next high-end phone or the next premium chip.

Samsung Galaxy Z Fold 3 has long been rumored to support an S Pen and have it embedded onto its body, similar to that of the Galaxy Note series.

However, a report from the South Korean outlet NaverNews, which was published on Apr. 15, revealed that the rumor might not become a reality due to structural challenges.

Another rumor claimed that the Samsung Galaxy Z Fold 3 would be lighter and slimmer compared to its predecessor, which may be one of the reasons why an S Pen slot might not be incorporated into the design.

In addition to the mysterious processor and missing S Pen slot, the Samsung Galaxy Z Fold 3 is also believed to come with a number of surprising specs.

Firstly, the upcoming foldable phone might come with a battery lower than 4500 mAh due to a change in the device's dimensions.

Speaking of dimensions, the Samsung Galaxy Z Fold 3 is also rumored to have a smaller display and a newly-improved ultra-thin glass (UTG), which is expected to include a greater hardness to adapt to the pressure upon contact of the S Pen.

The upcoming foldable phone may also come with an under-display selfie camera similar to what was rumored with its predecessor.