The brother of the beloved mushroom-saving plumber will have his own starter course kit for $59.99 and is set to launch on Aug. 1.

LEGO Luigi to Come With Interactive Tech Like LEGO Mario

On Apr. 20, The Verge revealed that LEGO Luigi would feature an interactive technology that is closely similar to what LEGO Mario has, including a built-in display, the main screen on his chest, and a sensor on his feet.

The display will animate LEGO Luigi's eyes and mouth for that pseudo-realistic interaction, while the sensor is used to brick colors and barcodes, and the display will show the beloved plumber's status as he runs through his course.

LEGO Luigi would come with his iconic green overalls and would feature a different set of sound effects, character interactions, and voice lines that would bring nostalgia to those who play with it.

Additionally, the LEGO Super Mario Adventures with Luigi Starter Course kit is compatible with all the previous sets, allowing Luigi to run through Mario's starter course and vice versa.

Photos of the box also suggest that LEGO Mario and LEGO Luigi can be connected via Bluetooth, but not much is known about the feature. 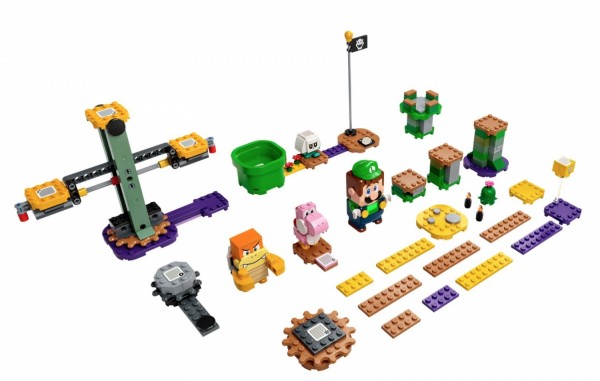 Read Also: Retro Mario LEGO Set is By Far the Priciest and Biggest of the Nintendo-themed Sets

Is the LEGO Luigi Announcement Premature?

Many Super Mario fans may have foreseen the debut of LEGO Luigi after the success of his brother's interactive LEGO set that was first teased in March 2020, but a leak from China may have sped up its announcement.

The update would make LEGO Mario call out for his missing brother, after being woken up from a nap, sparking rumors about Luigi's LEGO debut.

LEGO also teased the release after responding to a comment on its official Facebook video, where the company said, "Now that's a very creative way to get his missing brother."

"We did notice that LEGO Mario has started calling for him, we're looking into it and hope to have clarity on why this is soon. Stay tuned!"

In addition, Amazon China leaked the existence of the LEGO Luigi starter kit after uploading a new product listing, which was first spotted by the dedicated LEGO site The Brick Fan on Apr. 18.