'Fortnite' Battle Lab Disappears and Twitter Fans Are Not Happy About It—What Happened?

"Fortnite" Battle Lab is a short-lived gaming mode in the popular battle royale game, as Epic Games has silently removed it from the platform and has provided no explanations as to why it was pulled off. Now, Twitter fans and gamers have been wondering what happened, and are questioning the move that led to asking for its return with the hashtag #BringBackBattleLab. 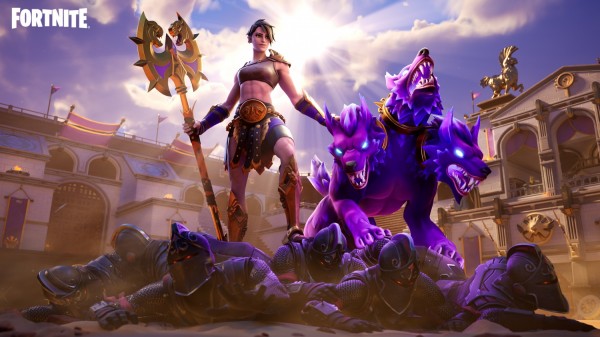 The Battle Lab is gone, and players are not happy about it, as it was one of the most anticipated game modes from "Fortnite" to arrive on the platform that does not center on killing each other to survive. What it does is essentially what the "Playground Mode" has previously offered, which allowed people to venture the map with friends or teammates.

"Fortnite" has recently released update version v.16.30 that brought new skins including that of Deimos and NFL Viking's Justin Jefferson, also the Save Point device that can be accessed via the Creative Mode. While a lot of additions were seen to dawn and arrive in the game, the most noticeable one was the place where players can come together.

Read Also:  'Fortnite' NFL: Justin Jefferson Gets Skin and 'Get Griddy' Emote in Battle Royale-When is it Available?

Recently, several gamers have noticed that after the downtime and update of version 16.30, the game mode of Battle Lab was no longer seen on the selection page when starting a game. After several users asked about this via Twitter if it was an isolated case or observed by many, the tweets blew up that sparked an outcry among "Fortnite."

Battle Lab has been around the platform since December 2019, and it replaced Playground Mode that allows players to join friends or the public and access different settings and parameters. Essentially, Epic Games gave players a chance to create their island, digitally, and still enjoy the experience of the battle royale.

Epic Games have released the patch notes and other promotional information for update 16.30, but none of it has talked about the game mode's disappearance, which was unusual from its developers. Players are stuck waiting for an explanation from "Fortnite's" developers and Epic Games, but sadly, there are none up to this day.

Without Battle Lab, some content creators have been massively affected.

If this was a mistake,@FortniteGame, which probably isn’t, let us know. And if it’s intentional, either give us a replacement or bring it back.#BringBackBattleLab

Players are Not Happy with "Fortnite" Battle Lab's Disappearance

Twitter has carried out the voices of angry and furious players that use the "Battle Lab" to practice and breathe a new life to the game when feeling burnt out from playing "Fortnite" often. Here, they can surround themselves with friends or join others in going on a frenzy around the map, exploring the almost open-world scenario of it.

There even is a hashtag for this matter called the #BringBackBattleLab, which asks for its return or explanations as to why it was gone. Battle Lab is more than just a game mode for them, especially as it allows people to create films or clips out of it, for their YouTube channel montage or personal records.

@TimSweeneyEpic @EpicGames bring back battle lab! Small and big Fortnite film creators alike are suffering due to the removal of Battle Lab. #bringbackbattlelab