April 30 at 9:00 a.m. CT- This Friday, GameStop announced that there will be an upcoming sale that will be focused on "Star Wars" themed deals. The event will run from Sunday, May 2 to Saturday, May 8.

To commemorate the "May the 4th be with you" of the "Star Wars" day, here is the high-level overview of the upcoming sale: 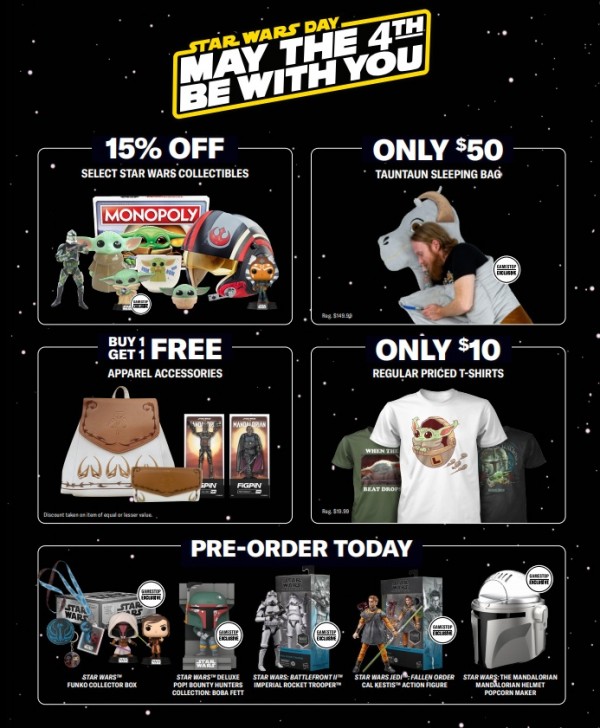 Besides these hot deals, you can now pre-order GameStop exclusive collectibles including the following: 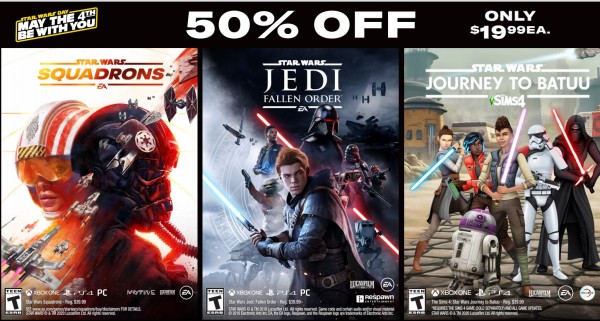 Previously, Tech Times spotted a Bloomberg Insider about the plans for a remastered version of "Star Wars: Knights of the Old Republic." For the next-gen consoles like PS5 and Xbox Series X, the gameplay will follow George Lucas' original storyline, and we could feel some nostalgia as it approaches.

For those who grew up with the main story, the game will be based on a mishmash of comic series outcomes. We could expect that there are some little changes that would happen across the "Star Wars" universe.

Despite small tweaks, we could still see the much-awaited conflict between the Republic spearheaded by the Jedi and the Imperial force led by the Sith Lords.

Over time, we are seeing a lot of big improvements that are shaping numerous stories. The insiders also said that these developments could be an effective way to secure the future of the game.

On top of all these reports, we could also glimpse on the upcoming "Star Wars Jedi: Fallen Order," so new exciting adventures will await us.

For this video game, Respawn Entertainment wants to shape the game further, that's why they are hiring new people for the production.

Last month, we found out from ComicBook that the sequel which will highlight CAI Kestis tends to be approaching. We could assume at the time of writing that his story will be a part of the upcoming sequel.

For Respawn Entertainment's top senior producer, Blair Brown, the studio has been developing an interesting project involving "Star Wars." This is what the gamers have looked forward to since December 2020.

As we move towards May, expect that a lot of new stuff will come for the "Star Wars" fans. Right away from the official launch, grab these amazing deals so you could finally say that the "Fourth may be with you."

For more updates and announcements ahead of time, visit GameStop so you would not miss any good deals. You can also regularly visit Tech Times for more reports and information about "Star Wars" and its other related products.

ⓒ 2021 TECHTIMES.com All rights reserved. Do not reproduce without permission.
Tags: Star Wars Embargo The Star Wars Day
Most Popular