OLED used to be only for TVs, and high-refresh rates used to be reserved for gaming displays. But Samsung is bringing it to handhelds by incorporating it in some of the best next-gen smartphones.

(Photo : (Photo by Jung Yeon-je / AFP) (Photo by JUNG YEON-JE/AFP via Getty Images))
A woman walks past the Samsung logo displayed on a glass door at the company's Seocho building in Seoul on April 28, 2021.

TweakTown reports that Samsung is helping Apple bring 120 Hz OLED displays for the next-gen iPhone 13 Pro Max and iPhone 13 Pro Max models. This is all while Samsung is building their very own range of foldable smartphones, the Galaxy Z Fold 3 and Galaxy Z Flip 3. On the other hand, LG will be the ones to supply the lower-end iPhone 13 Mini (as well as the iPhone 12) with the same screens.

To help maximize the capabilities of these screens, Samsung isn't stopping at producing displays. According to WCCFTech, they will also be supplying the folks at Apple with so-called rigid flexible printed circuit boards (RFPCBs), which are what their names suggest: rigid but flexible enough to be folded.

All in all, Samsung will ship around 110 million OLED displays to equip Apple's current-gen iPhone 12s and the upcoming line of iPhone 13s.

If you're excited for the iPhone 13 and its 120 Hz OLED, you're in for a treat. When the displays were teased back in March, there was a collective celebration among smartphone enthusiasts, and for good reason. They're just that good to the eyes. 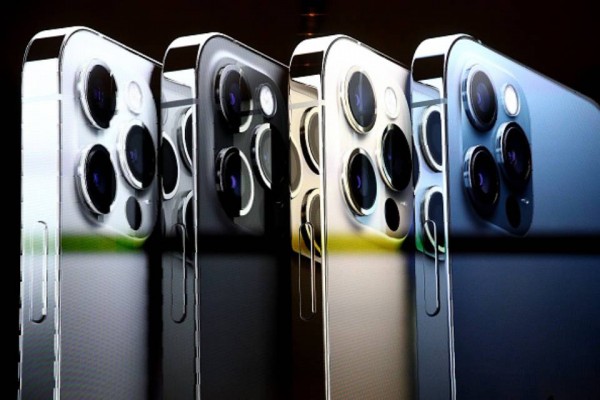 (Photo : (Photo by Don Arnold/WireImage) Getty Images)
SYDNEY, AUSTRALIA - OCTOBER 23: iPhone 12 product is seen displayed on a video screen inside the George St Apple Store on October 23, 2020 in Sydney, Australia. The iPhone 12 features the A14 Bionic chip CPU, 6.1 inch OLED display, 5G connectivity and an advanced dual-camera system. The iPhone 12 Pro has a 6.1 inch OLED Super Retina XDR display and features triple rear cameras including an Ultra Wide camera and a telephoto camera along with the A14 Bionic chip CPU and 5G connectivity.

First off, let's look at what makes these screens tick by comparing them to the more common LCD screens. OLED stands for Organic Light Emitting Diode, which means that it's almost just like any other LED display, just with the "organic" bit at the start. As stated on ExplainThatStuff, instead of using typical semiconductors, they use naturally occurring components to help produce a picture. LCDs don't have the organic bit-they're all machine.

The best thing about an OLED display is its contrast, which is almost second to none. It is most well-known, however, for its deep, rich blacks. This is due to a technological advantage that only this type of screen has. To produce a picture, each pixel on the display lights up individually. And if they have to show blacks, these pixels simply don't have to light up at all, as stated on PCMag.

What About High Refresh Rates?

Samsung is not only equipping iPhone 12s and iPhone 13s with OLEDs. They're also giving them 120 Hz refresh rates, which is quite unheard of in the smartphone space. Many people would only recognize refresh rates like these on desktop screens, but not handhelds.

A high refresh rate means that the screen will be so much smoother, with extremely fluid animations that are very comfortable for the eyes. It's so smooth, in fact, that a high refresh rate like that will almost resemble movement as you see it in real life. As a result, Apple is also equipping the next Apple TV with a 120 Hz screen.

Samsung and Apple are making a good decision partnering up for this one, and the fans will be the winners come launch day.

Apple Spring Loaded Event 2021: iPhone 13 to Have Perfect Full-Screen; Other Things to Expect

Apple: iPhone 13 Mini to Be the Last ‘Mini’ Says Kuo— Camera Leaks Show Up in 3D Render of New Device