Xbox boss Phil Spencer is looking for ways to expand the reach of the console and its services, and according to insider information, he wants some drastic changes.

(Photo : (Photo Illustration by Mateusz Slodkowski/SOPA Images/LightRocket via Getty Images))
POLAND - 2020/03/23: In this photo illustration a Xbox logo seen displayed on a smartphone.

GameRant reports about an alleged email between the Xbox head and Epic Games CEO Tim Sweeney, in which Spencer is apparently looking to bring XCloud and Game Pass services to other competing platforms. Spencer himself also has very high ambitions for cloud-based gaming, seeing his company as the spearhead in the movement.

This information comes after leaks suggested that a lot of Xbox services are coming to the Nintendo Switch, as reported by IGN. But for now, it is only XCloud which is running without a hitch on PC and Android handhelds. It's also worth noting that some users have gotten it to run on iOS, using a specific web-based workaround.

All Aboard The Cloud Gaming Hype Train

All of these purported negotiations stem from one thing: the advent of cloud gaming. MarketWatch reveals that the market is consistently growing, predicted to reach a total market size by USD $56.57 billion by 2027. No doubt that Xbox wants a cut of that pie.

What is fueling this transition? The answer is simple: not a lot of people can really afford consoles or gaming PCs, but still want to play games. Not to mention, there's a massive shortage affecting semiconductor production all around the globe, which is driving the prices of gaming systems up. PlayStation 5s, Xbox Series Xs, and computer components can only be had these days at as much as three times their MSRP, further accentuating the need for an alternative.

The only solution for avid gamers is to turn to cloud gaming, where they don't have to own a dedicated system to play what they want. All they need is an internet connection, a supported device, and they could access whatever title they want (even the big-budget AAA ones) from an offsite server via the web.

XCloud And Game Pass Tie-In: A Potential Gold Mine

Say what you want, but perhaps the Xbox brass with Phil Spencer at the helm is actually onto something.

To bring XCloud on competing platforms is also going to bring Game Pass with it (Game Pass is linked directly to XCloud), which has been a very profitable service for the company. It has continued to grow due to various acquisitions made by Microsoft, and it's only going to become even more massive. 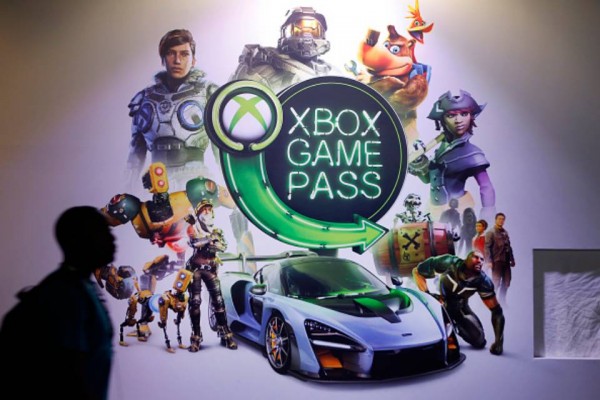 (Photo : (Photo by Chesnot/Getty Images))
PARIS, FRANCE - OCTOBER 25: A visitor walks past an poster of the Microsoft subscription service "Xbox Game Pass" during the 'Paris Games Week' on October 25, 2018 in Paris, France. 'Paris Games Week' is an international trade fair for video games and runs from October 26 to 31, 2018.

The potential success and revenues this could bring Xbox can be insane, and it's due to presenting an interesting proposition. The idea of giving away free games for a small monthly subscription fee is already appealing in its own right. But to give players the option to play them without having to install? That's the very definition of sweetening the pie. Not to mention, there's also the choice of going for Xbox Live Gold.

None of these plans are concrete yet, but perhaps it's only a matter of time before we see XCloud or Xbox Game pass on the likes of a PlayStation system, of all places.

Related: Xbox Deals With Gold And Spotlight Sale For May 2021: Series X/S And 360's Discounted Games; How To Save More Money?

Xbox Deals With Gold and Spotlight Sale for May 2021: Series X/S and 360's Discounted Games; How to Save More Money?