(Photo : Christoph Dernbach/picture alliance via Getty Images)
10 September 2019, US, Cupertino: The Apple company logo on the stage of the Steve Jobs Theater on the company campus. Apple presented three new iPhone models, a new Apple Watch and a new iPad at the event. Photo: Christoph Dernbach/dpa

HardwareHeaven reports that Apple is currently designing a handheld gaming console, which features a hybrid functionality. This means it will be playable on the go and on a TV, which puts it potentially in direct competition with the Nintendo Switch.

The information comes from a couple of users on Twitter who go by the names Tron and Mauri QHD. Tron claims that the alleged Apple console is going to feature excellent graphics performance for a handheld, as well as hardware accelerated ray tracing. On the other hand, Mauri QHD is stating that the device is going to be bases on ARM architecture: the same one that makes modern smartphones a reality.

All of this comes after Apple revealed their latest 4K Smart TV that they tried to market to gamers, though to no avail as reported on MySmartPrice. It looks like the mobile giant is actively trying to break into a market that, actually, it's already failed to enter before.

Apple Trying Out Gaming? Not The First Time

Believe it or not, Apple has had a gaming console before. People have just forgotten that it existed beyond the company's recent gaming attempt with Apple Arcade.

Back in the mid-90s, the company launched Pippin in Japan and the United States, in collaboration with toymaking giant Bandai. According to TechnoBuffalo, the console was a massive flop (the word "massive" being an understatement). Of the 100,000 units that were made, only less than half were sold: 42,000 units, to be exact. 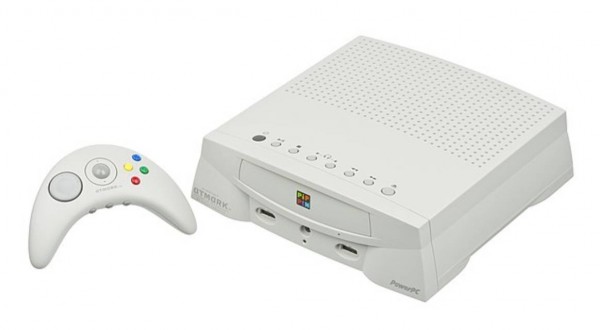 (Photo : Wikimedia Commons)
The Apple Pippin and a wireless Applejack controller. The Pippin is a video game console/computer hybrid that was manufactured by Bandai and released in 1995.

The reason it flopped was a very saturated market. Sony's original PlayStation just launched, as well as the Nintendo 64 and the Sega Saturn. Compared to these systems, Pippin was quite overpriced (no surprise there) at USD $599. Sony's PlayStation was only USD $299, and the N64 was priced at USD $250, as stated in CultOfMac.

Also, considering the fact that Pippin was more or less built for personal computing tasks (i.e. browsing the web and education), it really didn't have anything else to compete with the raw gaming power of Sony's and Nintendo's offerings.

Would It Be Different This Time?

Apple has their work cut out for them if they want this rumored gaming system to even make a dent in the market. Their obvious direct competitor, the Switch, is still selling like hotcakes, having sold over 84 million units already. 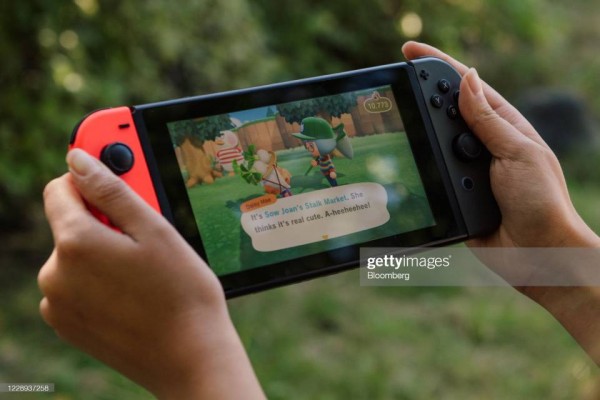 (Photo : Chona Kasinger/Bloomberg via Getty Images)
Animal Crossing: New Horizons on a Nintendo Switch game console in Seattle, Washington, U.S,, on Wednesday, Aug. 26, 2020. The game became a hit game during the pandemic by providing an enjoyable escape: a virtual paradise where home-bound players across the globe could begin life anew, building up idyllic islands alongside fellow villagers, who appear in the form of birds, dogs, or even ostriches.

For this to work, Apple must learn from the mistakes of Pippin. Don't put extra features that people aren't going to use, for one. And maybe, do not overprice it. But considering how the company has made exorbitant prices their business model, however, the future is not looking bright for their hybrid handheld.

Apple Alocates $45 Million to iPhone’s Ceramic Screen, Gorilla Glass Supplier -- Is it a Hint for the Bendable iPhone?

Apple Arcade Game Subscription Service To Cost $5 A Month, Will Have A Free Trial