Apple Alocates $45 Million to iPhone’s Ceramic Screen, Gorilla Glass Supplier -- Is it a Hint for the Bendable iPhone?

Apple is investing $45 million to Corning Inc., the supplier of Gorilla Glass and iPhone 12's Ceramic Screen. It comes amid the reports of a bendable iPhone, likely coming in 2023.

The Cupertino company announced that the latest investment from its Advanced Manufacturing Fund is on top of the $450 million that the precision glass manufacturer has received in the last four years.

Furthermore, Apple said that its move is meant to "expand Corning's manufacturing capacity in the US." It also adds that the expansion anchors on the commitment of Apple and Corning to protecting the environment. 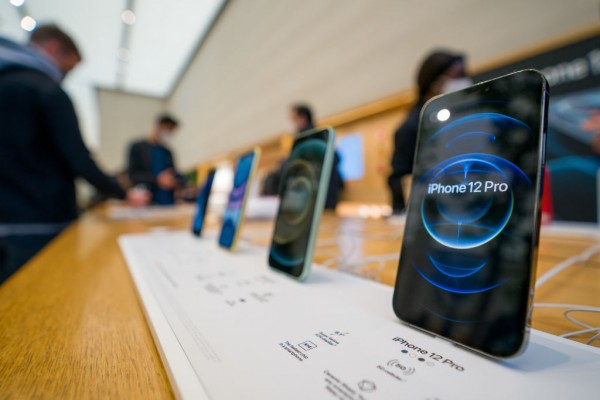 (Photo : Ming Yeung/Getty Images)
LONDON, ENGLAND - OCTOBER 23: The new iPhone 12 and iPhone 12 Pro on display during launch day on October 23, 2020 in London, England. Apple's latest 5G smartphones go on sale in the UK today. The iPhone 12 Mini and iPhone 12 Pro Max will be available from November 13.

Corning is the partner of Apple for iPhone, iPad, and Apple Watch's screens. It is noteworthy that the former was the company behind iPhone's Ceramic Shield technology -- which Apple claims to be "tougher than any smartphone glass."

However, a drop test in 2020 begs to differ. The experiment dropped the iPhone 12 from a high height -- and the sides and rear sustained significant cracks. Interestingly, the screen remained intact!

The relationship between the two companies dates back to the first-ever iPhone, The Verge reported.

Apple Founder Steve Jobs pressured Corning to create a glass for the smartphone in time for its launch. The Verge report further said that it was because the plastic turned out to be a scratch magnet.

The business magnate even said that Corning's glass "sucks!" After both companies' teams scrambled to follow the looming deadline, the first Gorilla Glass was born.

On another note, Corning's technology is not exclusively experienced on Apple's products. Flagship Android phones also carry its Gorilla Glass technology. Particularly, it is used by Samsung Galaxy S21 Ultra.

In July 2020, Corning even launched an 80% Scratch-Proof and 25% Drop-Resistant glass, named Gorilla Glass Victus. It is claimed to be the toughest Gorilla Glass Yet, according to its website.

The recent development coincidentally follows the recent reports of a foldable iPhone debuting in 2023.

A leak has ignited the fire to the rumors that Apple is, indeed, following Samsung's footsteps in producing a foldable smartphone. It showed a prototype of the bendable iPhone.

The heightened legitimacy of the leak was due to Apple's trusted analyst, Ming-Chi Kuo's confirmation, Tech Times reported.

Kuo noted that the demand for foldable phones will manifest as Apple's bendable launches in 2023.

In a report by The Verge, Corning explained that when a glass is ultra-thin becomes bendable. However, due to its immense thinness, it scratched like plastic too.

Perhaps, Apple's investment will pave the way to make a durable yet flexible glass in the future. Apple, though, did not specify how Corning will use the $45 million. The company vaguely mentioned that the money will drive the development of more innovative products.

iPhone 6 User Sues Apple After Smartphone Explodes Due to Alleged Defect; Here Are The Things to Avoid to Prevent This