'Destiny 2 Season of the Splicer' Armor Synthesis Guide: Where to Find Ada-1?

"Destiny 2: Season of the Splicer" will tour you to the Armor Synthesis, the most anticipated armor transmogrification that has been recently launched.

Many users consider this transmog feature as "grindy" and difficult since it will require you to amass different synth types including the Synthcord, Synthstrand, and the Synthweave for a single ornament, PC Invasion reported.

We will also teach you about Ada-1's location so let's get started with the mechanics of the Armor Synthesis. 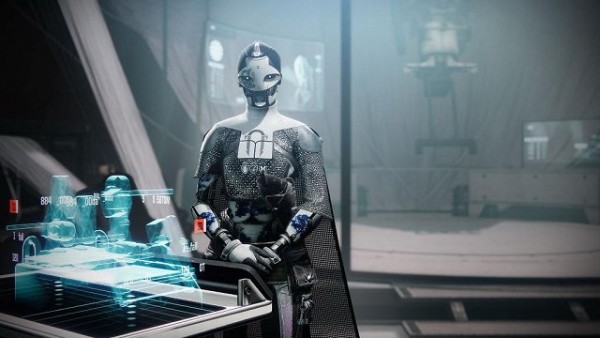 Your journey for the Armor Synthesis transmog will begin with Banshee. This exo-gunsmith will instruct you to go to Ada-1. He will also tell you to go the Europa for your Bray Exoscience task with the help of your equipment.

After accomplishing this, activate the Loom by going back to Ada-1. You can use it to transform the Synthcord into Synthweave.

Read Also: 'Destiny 2:' How to Get Palindrome, Shadow Price Weapons in Season of the Chosen!-Guide

From the get-go, you are eligible to purchase one of the bounties using your 150 Synthstrand. You can also visit raids, Vanguard strikes, planetary destinations, Crucible, and Gambit however you will play 150 Synthstrand for each bounty.

For example, when you choose the Vanguard bounty, you would get these challenges:

For each class, Ada-1 will give you 10 Armor Synthesis bounties for every season. On this point, you already know that Synthstrand's drop rate is low. For example, two Override and four Vanguard runs could only yield 20 of them which makes the Armor Synthesis more time-consuming.

Convert your Synthcord into a Synthweave by returning to the Loom. Before that, Ada-1 will reward you with 100 Synthcord.

For some reminders about this quest, you will be asked to acquire more Synthstrand so you buy another bounty. Also, if you currently have 500 Synthcord in your inventory, you cannot collect the Armor Synthesis bounties so transforming them into Synthweave first is the best idea.

To customize your character, click "S" to go to the appearance tab. Begin with the button for the shader application using the screen.

You will be able to apply the shader to an item which will cost you 500 glimmer. For your body armor, it will require you a glimmer of 2,500.

In "Destiny 2: Season of the Splicer," transmog and armor synthesis, tap each armor. You will also see the raid drops, blues, greens, and even the rewards for the event.

If you want to highlight an armor, press "F" to gain access to a specific part for transmogrification. Additionally, the Eververse could also be your choice when buying Synthweave. To get a universal ornament, you could convert your armor pieces (any class) through the Synthweave templates.

According to MSN,  the previously-mentioned character, Ada-1 is located in Bazaar's west spot. Ada-1 has previously gone there in the previous seasons.

The fastest way to go to her place is through the Tower Annex by entering the door. You will get past the drifter, and finally in Ada-1's location.

Upon finding her, the Armor Synthesis program will commence after your finish her given task.

Related Article: 'Destiny 2' will Feature the Return of Xur and the New Items he will Barter from a New Location

ⓒ 2021 TECHTIMES.com All rights reserved. Do not reproduce without permission.
Tags: Destiny Destiny 2 Destiny 2 Season of the Splicer Destiny 2 Armor Synthesis Guide Destiny 2 Where to Find Ada-1
Most Popular