Lunar Eclipse Blood Moon 2021: Where, When to Watch & How to Capture It Using Smartphone?

The upcoming lunar eclipse Blood Moon would be an astonishing display in the night sky. Because of its unusual appearance, many people will try to snap a photo of it or just watch it at night. 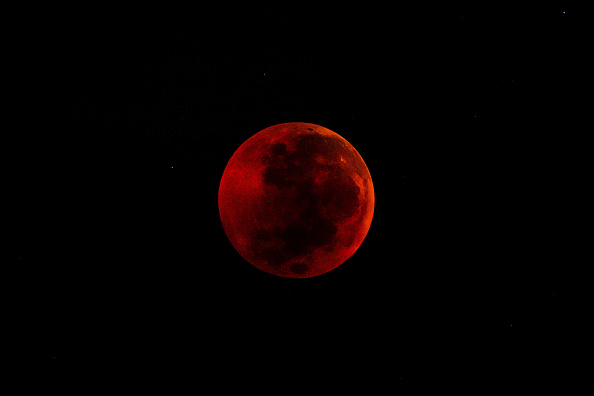 (Photo : Photo by Ulet Ifansasti/Getty Images)
A view full moon during a 'blood moon' eclipse on July 28, 2018 in Yogyakarta, Indonesia. Stargazers viewed Friday's total lunar eclipse, which was the longest blood moon visible this century, until 2123.

As of the moment, there has not been a solar or lunar eclipse yet this 2021. Although this is the case, various space experts and researchers predicted that there would be a total of four eclipses to take place these coming months before 2022 arrives.

The first one to appear is called the Blood Moon, which will be a full lunar eclipse. If you are one of those who are interested in capturing it or watching the upcoming space event, here are its details.

Where and When to Watch the Blood Moon Lunar Eclipse?

According to First Post's latest report, the upcoming lunar eclipse will appear this coming May 26. It will be visible to those people living in East Asia, Australia, and South Asia. 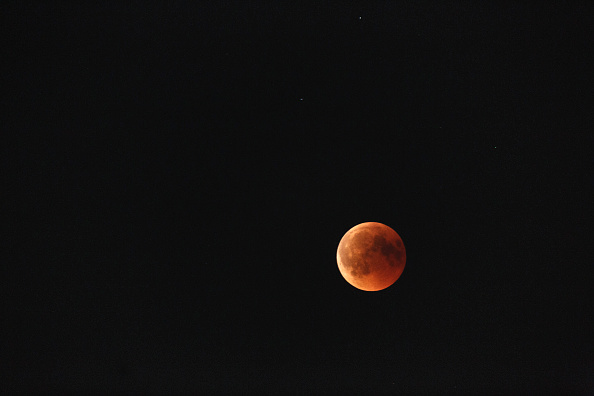 (Photo : Photo by Carsten Koall/Getty Images)
A Blood Moon rises in the sky on July 27, 2018 in Berlin, Germany. The period of totality during this eclipse, when Earth's shadow is directly across the moon and it is at its reddest, will last 1 hour, 42 minutes and 57 seconds, making it the longest viewable lunar eclipse this century.

On the other hand, residents of the South and North America, Antarctica, Indian Ocean, and Atlantic could also see the Blood Moon with their naked eyes.

On the other hand, experts said that the upcoming space event will be at its peak at around 4:49 p.m. IST. You can start to watch it taking its form at 2:16 p.m. IST.

Aside from this, those who are interested could also wait from 4:41 p.m. to 4:56 p.m. IST to see the complete form of the upcoming Blood Moon. This is also the time it will be visible to the naked human eyes.

How to Capture It Using Only Your Smartphone

Gadgets 360 previously provided some tips on how you can use your smartphone to capture a lunar eclipse. You don't need to have the latest Samsung Galaxy S21, iPhone 12, or other expensive brands to do this.
However, you need to make sure that your handset has the pro camera feature. To get started, here are the things you need to do if you want to snap a photo of the upcoming Blood Moon lunar eclipse:

For more news updates about the upcoming Blood Moon and other lunar eclipses, always keep your tabs open here at TechTimes.

Related Article: How to See NASA Rocket Black Brant XII Launch: This Spacecraft is Visible to the Naked Eye