Mass Effect 3's Multiplayer Might Return, Says Bioware; But Can it Still Make the Series Relevant?

When Mass Effect Legendary Edition was announced, a lot of people, especially avid fans, were excited. The remaster is supposed to have everything in it (all the weapons, special vehicles, and DLCs), though Bioware omitted one game mode: ME3's multiplayer. But perhaps they may change their mind.

According to a report by GameSpot, Bioware stated that the said multiplayer could return, as long as fans demand it enough, apparently. This claim came straight from project director Bioware mainstay Mac Walters, who was asked about the mode (which is surprisingly still active).

Multiplayer was sacked from the Legendary Edition, because the team wanted to focus on improving the single player experience. As such, all three games in the original trilogy have undergone an intensive makeover for next-gen-from clunky game mechanics to texture upscales. The team even sourced help from the Mass Effect modding community as they worked on the project.

Read also: Mass Effect Legendary Edition: Here's What You SHOULD Know Ahead Of Its Release

Why A Mass Effect Multiplayer Can STILL Work Today

But should the demand be good enough, can it actually make Mass Effect more relevant for years to come? The answer is more or less yes, if we're going to base it on what players today prefer.

The last time a multiplayer mode got included in an ME game was with Mass Effect Andromeda. It was technically one of the better things about that title, because fans were never really fond of Andromeda as a whole. That multiplayer mechanic was more or less similar to what ME3 had: it was a horde-based co-op mode that tasked players to survive waves of enemies and complete certain objectives.

One of the best reasons why a multiplayer mode can still work with Mass Effect is the option for players to choose which race they want to play in. They can choose species such as the Vorcha, Krogan, Salarian, Turian, and even Volus and Geth to play as. Each individual race is also further divided into the game's main combat classes, such as the Adept, Soldier, Vanguard, Infiltrator, Engineer, and Soldier.

With that class and species-based system, multiplayer can actually work as some sort of a class-based cover shooter. Gamers can have specific roles to fill in a team to help the overall group achieve its objectives. Or perhaps these characters can even be put in a battle royale mode. Now that's something that will likely keep Mass Effect multiplayer relevant for a while, provided that the development team gets it right.

And it really was, if you knew a bit of its history. See, back when ME3 released, it had a certain "Galactic Readiness" mechanic which indicated how your final combat force would fare against the Reapers. At default, the readiness meter is only 50 percent, which lowers your chances of getting a good ending after the final battle. To raise that readiness percentage, you have to play the multiplayer, which obviously didn't sit well with people who only ever cared about the game's story. 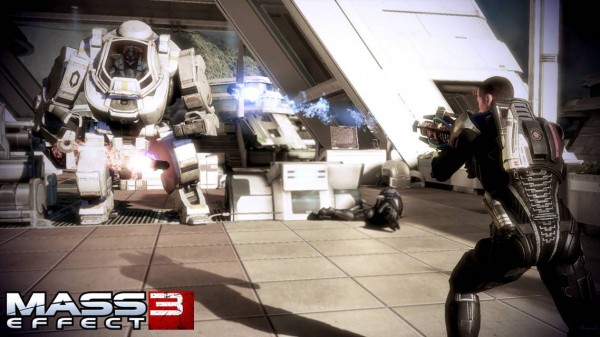 This was likely another good reason why multiplayer was scrapped, and it's for the best. ME's multiplayer at its current state (co-operative based horde mode) is not a preferred mode for gamers these days, who are more into PvP. But who knows what the future holds, really?

Related: Mass Effect Legendary Edition: How Will It Run On Next Gen? The Answer Is, Like A Champ

BioWare Confirms That ‘Mass Effect: Andromeda’ Will No Longer Get Single-Player DLC And In-Game Story Content

Mass Effect Legendary Edition: Here's What You SHOULD Know Ahead of Its Release