'Charlie Bit My Finger' Stars Auction their Viral Video as NFT--But YouTube Will Delete it Later?

"Charlie bit my finger..again" is set for auction as an NFT according to the iconic people behind the once-viral video. The 14-year-old clip about two siblings made rounds on YouTube and other social media platforms in 2007.

However, while it sounds good that it is finally an official NFT, YouTube will remove the original content permanently. 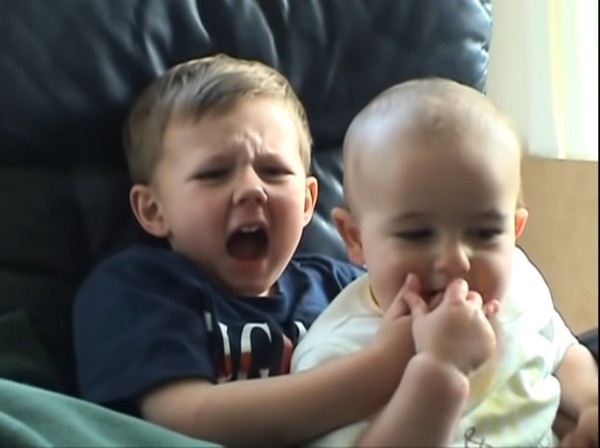 (Photo : HDCYT via Screenshot from YouTube)
The popular 'Charlie Bit My Finger' Video will be sold as NFT on May 14. After the auction, the original clip will be removed from YouTube for a lifetime.

According to a report by the Independent, the YouTube stars in the video, Harry and Charlie Davies-Carr were only babies during that time. Currently, the 55-second clip has over 881 views and 2.2 million likes on the video-viewing platform.

The famed line "Charlie bit my finger" has brought the home recording in the limelight after it had become a valuable "kid" content around the world. However, despite its global prominence especially to the memers, it did not manage to be in the top 20 of the most viewed videos on YouTube.

The subjects of the clips, who were only one and three years old at the time, now concluded that their video could be an NFT asset like the other meme-worthy clips and pictures.

When Will The 'Charlie Bit My Finger' Auction Kick-Off?

For the 14th anniversary of the video upload to the widely-known video-sharing platform, the upcoming auction for the short-lived clip will start on Saturday, May 14, The Verge wrote in a report on Monday, May 17.

Once the auction has met its lucky buyer, the original upload of the viral "Charlie Bit My Finger" video will be removed forever on YouTube.

According to the father of the boys in the clip, Howard Davies-Carr, they were already making engagements in YouTube and were the first ones to "embrace" the platform. Other than that, the family was also one of the first to love NFTs and cryptocurrencies.

Howard added that whoever is the fortunate person to win the auction can "reenact" the once-viral video. He continued that they are willing to travel to meet the buyer.

The New York Post reported that the NFTs or non-fungible tokens are forms of digital art that could be marketed to the Ethereuym blockchain.

The father of the family said that what they are doing is not all about earning. Howard highlighted that they have a blank idea of the expected amount that they would receive in the coming auction. He said that there's a possibility that it could be a "net negative" for them.

Origin Protocol will be the platform to spearhead the NFT auction on May 14. This company had already accomplished several NFT auctions in the past with celebrities such as Jake Paul and DJ 3LAU.

According to the Origin founder, Matt Liu, there are many reasons why NFT sticks to NFT purchase despite the presence of the images and videos online.

Related Article: Chadwick Boseman NFT to be Auctioned at Oscars 2021 as Tribute to Late Actor, Starting Bid is at $1.2M