Do you remember the meme of a girl who has an "overreacting" face? What about a woman who wears a blue shirt while sporting her big eyes?

That famous meme is the so-called Overly Attached Girlfriend, purchased by 3F Music, a popular buyer for NFTs. The multimedia group has recently bought it for a whopping $411,000.

Note that NFT stands for a non-fungible token, which is considered a unit of data representing a digital item either in the form of videos, audio, art, and other things. 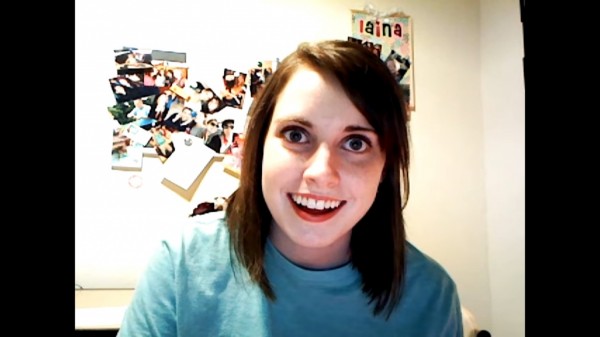 According to a report by Decrypt, the tokenized version of the famous meme, which was released in 2021, has been sold for 200 ETH. 3F Music, a multimedia group located in Dubai, was the one who purchased it.

Last Thursday, Apr.8, the international music studio also acquired The New York Times' NFT for $560,000, as per Foundation. It seems that the firm has a penchant for expanding its new investment.

The meme originated from a parody video posted by the YouTube star Laina Morris in 2021. She was the face of the Overly Attached Girlfriend meme, which became more popular with the release of Justin Bieber's "Boyfriend" in 2012.

Currently, the video has over 20 million views. Since Morris uploaded the three-minute clip on her channel, her "memefied" face has already reached several social media outlets and became one of the widely-known facades of satire to the public.

Furthermore, the parody contains a comment from a clingy girlfriend portrayed by Morris. However, the creator said that even though she felt happy about her fame, the fact that her face was in it was slightly disturbing. On top of that, she still stated that it was awesome.

You guys are INSANE. Thank you to everyone who bid and special thanks to @3fmusic 😳😭

Truly, you have no idea how this is going to change my life. I mean it. I am so incredibly thankful and also still just BLOWN AWAY.

What Does it Mean by NFT Purchase?

After a surprising acquisition of the meme tokens, Morris said that the recent purchase of her meme could change her life. Later, she thanked 3F Music for taking its time to buy it.

Buying NFT means that you own the authenticity of specific stuff, like in the case of a digital autograph from the original creator. However, this does not mean that 3F Music has entire control over the property if a person wants to share the meme since it does not grant the ownership.

Other Iconic Memes That Were Sold as NFTs

Besides Morris' iconic Overly Attached Girlfriend meme, other memes have embarked on the NFT's capability to be sold. The sought-after Nyan Cat NFT was sold by its creator, Chris Torres, for about $580,000.

NFTs are still rising now, and we never know their endless capabilities to invade the market like cryptocurrencies.