Solar Flares, Storms from Sunspots Can Cause Power Disruptions, Radio Problems Here on Earth—Soon Coming to the World

Solar Flares are acting up, and it is because of the recent Sunspots which have been forming up in the largest star in the solar system and would soon bring different effects on the planet that revolves around it. For the Earth, this means no hazardous or threatening events apart from electricity or power disruptions, along with several radio issues to pop up. 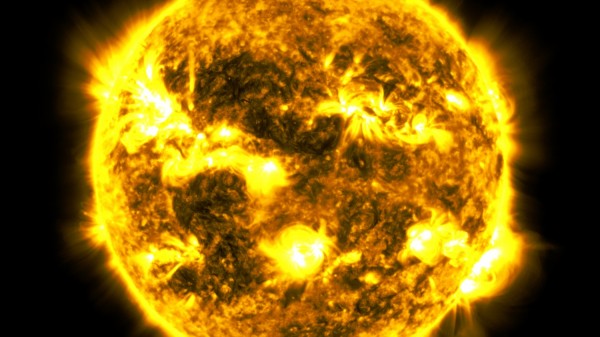 (Photo : NASA’s Goddard Space Flight Center/SDO)
This 10-year time lapse of the Sun at 17.1 nanometers (an extreme ultraviolet wavelength that shows the Sun’s outermost atmospheric layer – the corona) shows the rise and fall of the solar cycle and notable events, like transiting planets and solar eruptions.

Storms are a natural phenomenon on the Sun's surface, and should not be a cause of concern regarding catastrophic events in the Solar System, as envisioned by Hollywood sci-fi films. Sometimes, these phenomenons are brought by changes within its physical state, of which we as humans have limited knowledge apart from what we get from astronomers' research.

Recently, NASA has discovered newly forming "Sunspots" in the surface of the plasma star, and it has been a small cause of concern for astronomers, especially as it is a natural occurrence. The Sun is known to be 4.603 billion years old, considered to be at its peak or in its middle ages, as its death is expected in another 4.5 billion years.

Solar Flares and Storms in the Sun-What Is Happening?

According to the National Oceanic and Atmospheric Administration (NOAA), its Space Weather Prediction Center has detected an anomaly that would hit the Earth on May 5 to 26, traveling at 2.1 million kilometers per hour.

The upcoming Geostorm and Solar Flares were detected by the SWPC last Saturday, May 22, and have been already known by astronomers and scientists to anticipate its effects.

The aforementioned Solar Flares are the Sun's ejections, but they would not directly affect humans or bring damages that threaten the Earth as it would only cause Geostorms and Auroras to form. As added by Dr. Tony Phillips from his Space Weather Blog, a G1-class storm is coming and would cause power and radio disruptions worldwide.

However, most of the focus of this would be in the United Kingdom and barely affecting the United States.

The worst-case scenario would be the power interruptions or radio signal problems which could hinder communications at a time, especially during the expected arrival of the Solar Flares to the Earth. It was said that people would not even notice that the solar flares have reached the Earth, or geo storms have already taken place.

These natural phenomenons have been occurring since the olden times, and this is apparent in the behavior of the hot ball of plasma.