Huawei’s Harmony OS, the Android ‘Replacement’ for Its Smartphones is Set to Launch on June 2

Huawei's Harmony OS will be replacing Google's Android in its smartphones starting June 2. It is meant to lift the China-based company from the sanctions that the United States has imposed. 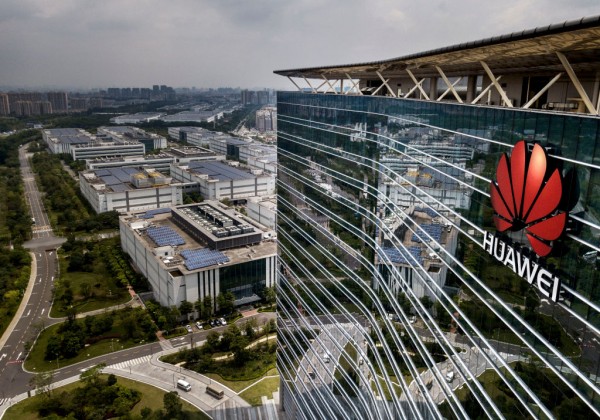 (Photo : by Kevin Frayer/Getty Images)
DONGGUAN, CHINA - APRIL 25: The Huawei logo is seen on the side of the main building at the company's production campus on April 25, 2019 in Dongguan, near Shenzhen, China. Huawei is Chinas most valuable technology brand, and sells more telecommunications equipment than any other company in the world, with annual revenue topping $100 billion U.S. Headquartered in the southern city of Shenzhen, considered Chinas Silicon Valley, Huawei has more than 180,000 employees worldwide, with nearly half of them engaged in research and development.

Harmony OS or Hongmeng OS in its home country is set to rival Android OS, the company announced on Weibo on May 25, GizmoChina reports. The said launch is also reportedly unveiling new devices from Huawei, which includes the MatePad Pro 2 and the Watch 3 series.

However, it is uncertain if Harmony OS will be available on its existing smartphones as well. Reuters also reported that the company did not state the timeline of the rollout.

Huawei and the Western Market

Huawei--once the leading smartphone maker globally--will be rolling out its operating system for its smartphones. In hindsight, the Chinese company once harvested the majority of the market, starting with trampling Apple in August 2018.

Then, it snatched the top spot from Samsung in July 2020 for the first time, at least as worldwide numbers are concerned. However, about 70% of Huawei's buyers are from China, CNBC reports. As of now, Huawei only ranked 6th across the globe, and only 4% of the whole market is in its hands, Reuters said in the same report.

In the western market, at least, the Chinese phone maker is becoming a has-been--and it is attributed to the ban that the Trump administration has made, as it cited the company as a "threat" to  the U.S. security.

Huawei, on the flip side, has denied it. As such, Google could no longer provide support and services to Huawei's devices. The latter will have to stop relying on the American company.

Read Also: Huawei: US to Blame for Global Chip Shortage That Could Trigger Economic Crisis

Despite the effects of sanction, Huawei CEO Ren Zhengfei is unstoppable, and urged its staff, in a memo first seen by Reuters, to "dare to lead the world." He plans to take on an "open source" approach in hopes attract more software innovators elsewhere.

As a response, it will now be updating the Harmony OS to being a full-fledged mobile system ready to take on Google.

The said OS launched as a beta in December 2020 in some of Huawei's smartphones and tablets.

Related Article: New Huawei P50 Leak Says it Will Come by May or June 2021; Rumored Specs, Colors and MORE