Iran is banning power-hogging cryptocurrency mining immediately as the demand for electricity in the country reaches its peak. The move will help avoid blackouts in major cities, which could disrupt lives and businesses. 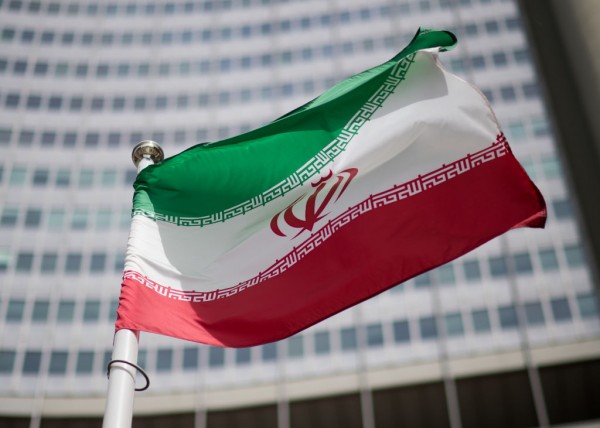 (Photo : by Michael Gruber/Getty Images)
VIENNA, AUSTRIA - MAY 24: The flag of Iran is seen in front of the building of the International Atomic Energy Agency (IAEA) Headquarters ahead of a press conference by Rafael Grossi, Director General of the IAEA, about the agency's monitoring of Iran's nuclear energy program on May 24, 2021 in Vienna, Austria. The IAEA has been in talks with Iran over extending the agency's monitoring program. Meanwhile Iranian and international representatives have been in talks in recent weeks in Vienna over reviving the JCPOA Iran nuclear deal.

President Hassan Rouhana announced on the state-run television channel that crypto mining will be halted immediately, and it will last until September 22, Bloomberg reported.

During the same announcement, President Rouhana claimed that 85% of crypto mining in Iran is not licensed. As such, authorities have been locating the illegal miners. The country even had to hire spies to carry out the war against unauthorized mining.

Bloomberg adds that such a move by Iran could force the licensed miners to, instead, join illegal miners to continue with their operations.

Crypto miners have flocked to Iran, which mostly came from China, due to the power rate subsidy that the government provides. The cheap electricity could then produce digital money at a lower cost.

The flood of Crypto miners in Iran, unfortunately, has caused a bigger problem.

According to a report by Reuters, about 4.5% of Bitcoin across the world is being mined in Iran. It has been replacing the negative effects of the U.S. sanction to the country, as the mining puts it hundreds of millions of dollars in return.

A study by Elliptic said that mining in Iran brought a whopping $1 billion to the country. That amount of revenue answers to the U.S. economic ban, which prohibits imports of Iran oil.

In terms of power consumption, however, it's not good news for Iran. The state-run power company revealed that to mine crypto alone, it needs a whopping 600 MW of electricity, Reuters said in the same report.

Consequently, it has been bringing blackouts to the major cities of Iran, according to the power minister of Iran, Reza Ardakanian. However, mining is not the only culprit. The widespread drought brought upon by the dry season has also shut down the hydroelectricity plants in the country.

Bill Gates warned in March that Bitcoin consumes too much electricity, to the extent that is bigger than most countries.

In response, Tesla CEO, Elon Musk, ceased accepting Bitcoin in his company in April. The price of the said crypto has since slumped sharply.