"Far Cry 6" just got revealed recently, and it looks like Ubisoft is pulling all the stops for their next-gen open-world shooter. 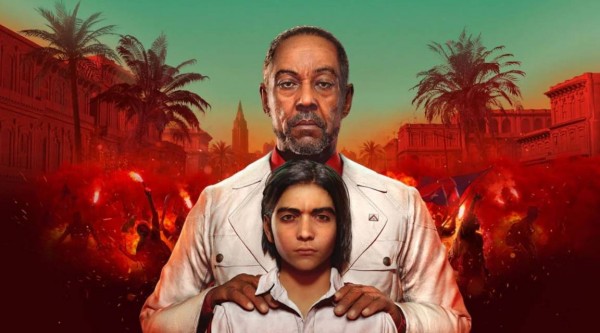 Mercury News reported that the next "Far Cry"  game was finally showcased in a worldwide gameplay reveal.

"Breaking Bad" star Giancarlo Esposito will play the game's main villain, Anton Castillo, and will serve as the foil to the player character Dani Rojas, a former soldier who joins the freedom fighting group called Libertad.

Ubisoft is taking "Far Cry 6" to new heights by introducing fresh gameplay elements not seen in previous installments of the series, and initial fan reception looks to be quite positive.

Set to release on October 7, the game will be available on all major platforms: PC, PS5, Xbox Series X/S, PS4, Xbox One, and Google Stadia, according to a report by Engadget.

It seemed like Ubisoft couldn't wait until their E3 2021 showcase in a few weeks, but we're not complaining. "Far Cry 6" looks to be quite a step up from "Far Cry 5," and will be set in what seems to be the series' largest game world yet. The game takes place in the fictional country of Yara, which was largely based on Cuba.

First off, Ubisoft is allowing players to choose between a male or female version of the protagonist Dani, as reported by PCGamesN. While this isn't necessarily the first time that the series offered the option (it was present in "Far Cry 5"), "Far Cry 6" is doing away with the "silent protagonist" trope and giving Dani a fleshed-out backstory. 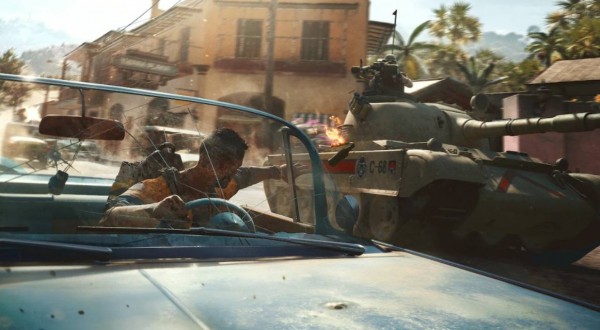 But that's not the biggest gameplay change that the game is bringing, obviously.

With "Far Cry 6," Ubisoft is tapping into a Cuban philosophy called "Resolver," which means "to get by." It means that players can literally cobble together various pieces of gear into DIY weapons of mass destruction, and we're all in for it.

The gameplay trailers show off an array of improvised weapons that you're not likely to find anywhere outside of a "Mad Max"  or "Borderlands" game. One particularly devastating weapon looks to be the mini gun attached to an old motorcycle engine. Or perhaps the Supremo backpack, which fires out rockets at your enemies.

And here's a fun one: a CD-launching gun that blares out "Macarena" while you take down a baddie.

Hard to believe? Then watch this YouTube video of the gameplay overview trailer. You'll see what all the fuss is about. 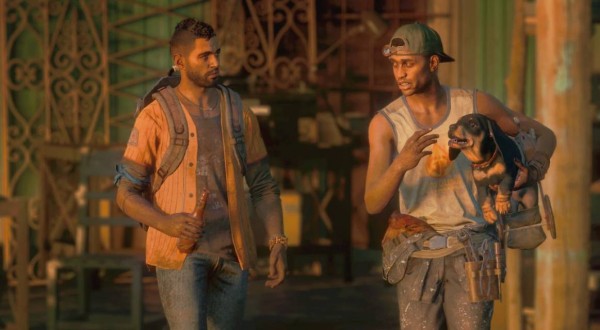 Given Guapo's strength and rows of deadly teeth, he's the perfect animal ally to take out enemy guards in one fell swoop. Not much of a surprise there.

But Chorizo, that's a different story. Since he's not much of an attack dog himself, Chorizo's main strength is literally his distracting cuteness, which can keep enemies preoccupied while you sneak in and take them down quietly. Yeah, cuteness as a weapon. Ubisoft isn't playing around.

A lot has been revealed about the game so far, but since Ubisoft is also an exhibitor at E3 2021, fans can expect more details at the Ubi showcase come June.

Related: The Best (And Worst) Moments In E3 History

The Best (And Worst) Moments In E3 History

You Can Beat 'Far Cry 5' In 10 Minutes: Here's How To Unlock The Secret Ending