AMD officially confirmed that it is powering Tesla Model S and Model X 10 teraflop gaming rig during its Computex 2021 keynote on June 1. Elon Musk, CEO of the electric vehicle maker, earlier hinted that passengers could soon play "The Witcher 3" and "Cyberpunk 2077." And that day is nearing. 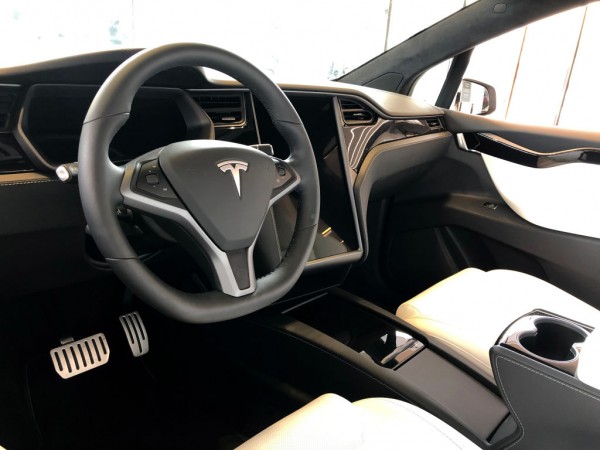 (Photo : by Justin Sullivan/Getty Images)
SAN FRANCISCO, CALIFORNIA - MARCH 01: A view of the interior of a Tesla Model X at a Tesla showroom on March 01, 2019 in San Francisco, California. Tesla announced plans to shutter almost all of their retail showrooms and shift focus to online sales. (Photo

Musk earlier confirmed that the Tesla Model S will be stuffed with a gaming rig that could nearly compete with the PlayStation 5 and Xbox Series X. More precisely, according to The Verge, the two offer 10.28 teraflops and 12 teraflops, respectively. So, in terms of power, the in-car gaming rig has some kick.

Both PS5 and Xbox carry the RDNA 2 GPUs. As such, rumors that Telsa's in-car console will also sport an AMD floated immediately.

Lisa Su, CEO of AMD, has addressed the speculation and announced that her company will power Musk's in-car gaming ambition. In specific, the Teslas' infotainment system will have AMD APUs or Ryzen chips with Radeon graphics built-in, Engadget reported.

The RDNA 2 graphics will only start working when a game needs more power. Having the ultra high-performing GPU working even when unnecessary will easily drain the battery of the car. Hence, it could be a power-saving feature that is ideal for the EV.

Musk announced in January that playing games such as "Cyberpunk 2033" and "The Witcher 3" in-car will be possible through Tesla Arcade in 2021. It is besides the whopping speeds that the Tesla "Plaid" Model S recorded alongside the announcement. It was able to go from 0 to 60 MPH in less than 2 seconds, according to the CEO.

The gaming rig, with similar power as the PS5 or Xbox Series X, will be available on the Tesla Model S Plaid coming out on June 10.

The EV maker also plans to offer similar paid packages that Valve's Steam, PlayStation Store, and Xbox Live Store have. It turns out, Tesla wouldn't only be similar to its competitor in terms of gaming power.

Read Also: Tesla Owns the World's Largest Die Cast Machine, and Elon Musk Reveals All the Advantages of Owning It to Make EVs

Tesla is bringing console-level gaming to their $80,000 priced sports cars.

As such, passengers and drivers will get to enjoy their favorite games. Moreover, the latter could utilize the newest feature during their charging session. And the former, on the other hand, could use to kill their time. Better yet, it could help children stay quiet in the backseat.

With AMDs recent confirmation, gamers with Teslas should expect to enjoy more titles in the long run.