Apple Music Lossless Compression and Spatial Audio are coming to users anytime in June. However, as the month started and before the official release, some users are already getting a glimpse of the newest feature in their app. 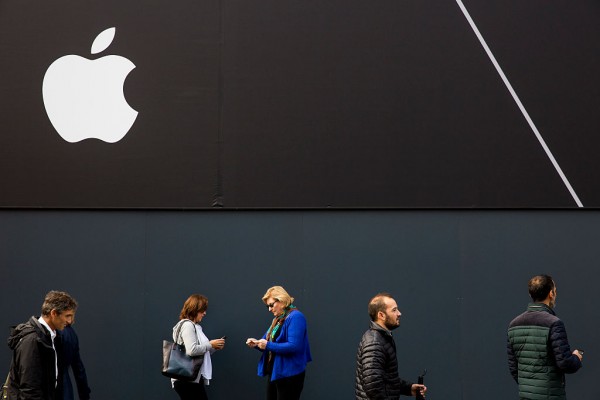 (Photo : by Jack Taylor/Getty Images)
LONDON, ENGLAND - SEPTEMBER 29: The Apple logo is displayed outside company's Regent Street store on September 29, 2016 in London, England. Technology company Apple has announced that Battersea Power Station, a Grade II listed building and former coal-fired power station, is to be its new London headquarters by 2021. The building, which has been unoccupied for decades, is currently undergoing a £9 billion restoration.

The actual launch of the two new features of Apple Music is still unclear as the company has not given an exact date for it yet.

Nevertheless, Apple Insider suggested that it could be happening soon as the WWDC is nearing as the Cupertino giant's event is happening on June 7.

Also, in preparation, a Youtube live stream has already been up.

Despite the blurred launch date, some users are now seeing the Lossless Compression and Dolby Atmos label in some album titles. Meanwhile, other listeners are asked to download their library for the higher quality version.

The bulk of users getting a peek of the new features are mainly from Europe and Asia.

However, the users did not indicate what iOS versions are downloaded to their devices -- if it is the public release that most of us are using, or a beta meant for developers, iMore noted.

It could have been an important detail; as the Lossless and Spatial Audio, along with Apple Card Family, and Airtags is only supported by iOS 14.6.

But, perhaps, it is more likely to be the beta.

An Apple Music user who lives in the Netherlands was asked to re-download an album that he currently has offline to experience Dolby Atmos. Unfortunately, when he did so, it failed to be downloaded.

Separately, a user based in Japan was browsing some video EPs, saw labels for "Hi-Res Lossless," "Dolby Atmos," and "Apple Digital Master." But it unclear if it actually worked or they were mere labels.

Apple Music officially announced on May 17 that lossless and spatial audio support is coming to the platform. It paralleled the earlier leaks that the music app is getting both Hi-Fi and Dolby support.

Lossless audio is CD-quality streaming, which means that songs could go up to 192 kHz and 250MB each. The spatial audio, on the other hand, would let users experience an immersive cinema-like listening.

At first, lossless compression will not be supported by any AirPods and HomePods, regardless of what model. Later on, the company backtracked and confirmed that the latter is welcoming the new features in the next update.