Scientists Use Xenon To Create Clearer MRI Images — How it Could Help COVID-19, Lung Disease Observation

COVID-19 has taken over the world for a year now. But thankfully, scientists have found a means to observe the coronavirus, alongside other lung diseases better, through clearer MRI images. 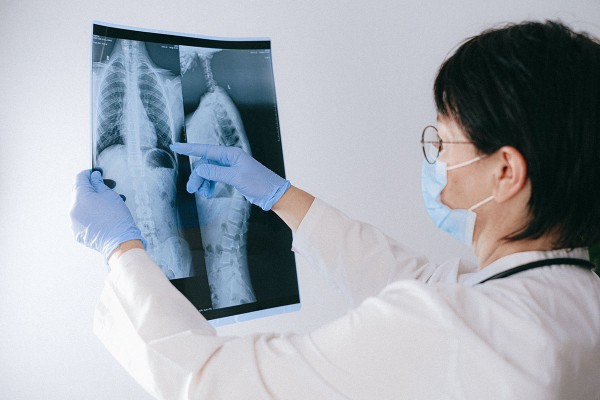 (Photo : Photo by Anna Shvets from Pexels Copy)
COVID-19 and other lung diseases could now be better observed by medical professionals. Scientists used xenon to produce clearer MRI images of the lungs.


For most physicians, looking at the lungs of a patient has been difficult due to limited options. As of now, they could only use either MRI or CT Scans.

However, a previous study showed that the latter could cause cellular damage. Also, the radiation it emits is dangerous to younger ages, according to Medical Xpress.

But to be fair, MRI also has its downside. Another study suggests that MRI scans could lead to mercury poisoning in the worst case scenarios. Nevertheless, such are isolated cases only. Still, MRI is safer than a CT Scan.

Aside from a small percentage of possible mercury poisoning, the image that the MRI scan produces is relatively darker compared to a CT scan. Although generally, the former shows more details, Healthline said.

Hence, the answer to a safer detection of lung problems is improving the MRI scan imaging.

Alexei Ouriadov, a professor from the University of Western Ontario, was able to do it using xenon. It is a gas often found in lamps and camera flashes. With that, it could further help physicians to detect and observe lung ailments much easier.

Patients will only need to inhale the inert gas. They will have to hold their breath for at least 10 seconds for the MRI to produce a clearer image of the lungs.

Don't fret, because xenon is not harmful to our body. It dissolves quickly, similar to oxygen, Ouriadox told Medical Xpress.

If xenon is like oxygen, our brain, heart, and kidney, which also inhales the latter, could also get improved MRI scans. As such, Ouriadov will further explore how to improve brain imaging together with his team.

As mentioned, without the help of xenon, MRI creates a bleak illustration of how our lungs look like. However, the inert gas helps brighten up the organ, as if it was a decorative lamp, thus creating a better scanned image.

Based on sample images provided by the researchers, it resembles a seemingly 3D rendition of the lungs. As such, medical professionals will be able to see more details of the organ that could be an issue.

The image it produces is excessively high-resolution, in which it also visualizes how a person's lungs are transferring oxygen to red blood cells.

Aside from COVID-19, a clearer MRI scan through xenon could help ease up other lung conditions such as, asthma, COPD, and the effects of e-smoking to the lungs.

Xenon-129 helps MRI produce promising results, and best of all, it is cheap at about $20.

To add, the United States Federal Drug Administration already approved the use of it for imaging. Ouriadov encourages Canada to do likewise.

"Once we have approvals, we believe people will be more and more interested in investing into this direction of research," Ouriadov said to Medical Xpress.

Related Article: Coronavirus: Expert Answers What Happens to the Lungs of a COVID-19 Patient