Apple Co-founder Steve Wozniak lost his lawsuit against YouTube and Google for a Crypto bitcoin scam video uploaded in the platform. It used his face to attract users to join a supposedly fake giveaway. 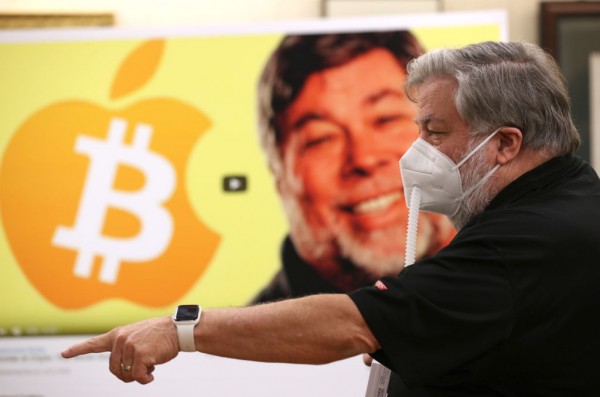 (Photo : by Justin Sullivan/Getty Images)
BURLINGAME, CALIFORNIA - JULY 23: Apple co-founder Steve Wozniak wears a protective mask as he stands next to a photo of himself during a press conference on July 23, 2020 in Burlingame, California. Wozniak and 17 other victims are filing a lawsuit against YouTube and Google over their lack of action to address a fraudulent Bitcoin giveaway that used an image of Wozniak to defraud innocent people out of their cryptocurrency. (Photo )

The former Apple executive was disappointed that such harmful content exists in the platform. With that, he brought YouTube to court on July 21, Bloomberg first reported. Wozniak claimed that the platform allowed the criminal minds to use his name and images.

Wozniak is not the first victim of cryptocurrency scams on the internet. It has become ubiquitous since bitcoin has emerged in the mainstream.

Tesla's name has also been repeatedly used for such scams. More specifically, it asked people to send crypto to a certain wallet, and it promised that the amount will double or even reach up to x10.

Wozniak describe the scheme in such a way that: "When users transfer their cryptocurrency, in an irreversible transaction, they receive nothing back."

Similar schemes are obviously scams. There are no guaranteed returns when it comes to investments. However, the credibility of scams increase when verified accounts -- or an Apple co-founder -- are associated with it.

Hence, the criminals are using images of prominent people, and even their verified accounts to collect more money.

Wozniak, along with 17 other complainants, asked the court to mandate YouTube to take down the video giveaway. They also requested the tech giant to compensate them for the damages that have been made.

According to Bloomberg, the tech giant is protected by the federal law. The company does not have any responsibility for whatever its users decided to post on their platforms.

However, Wozniak said that the federal law shouldn't apply to YouTube after it did not remove the videos. He added that the video-sharing platform has "materially contributed" to the scam as it has verified the channels involved, and sold ads that bring traffic to the malicious content.

Superior Court Judge of Santa Clara Country, Sunil Kulkarnia ruled that Wozniak's arguments are not enough to make YouTube responsible for the actions of its users.

The Apple co-founder was given 30 days to revise his lawsuit against the tech giant.