Someday, we could depend on the next-gen lasers which would improve the speed of the gigabit ethernet (GbE) for the cloud environment. Since the technology permits us to endlessly test several streaming services and video conferencing activities, the need for a faster solution is needed to thrive on the data-heavy services.

This year, we could possibly see a Compound Annual Growth Rate (CAGR) of 27% when it comes to the growth of the above-mentioned services. At the moment, we could only rely on the 400 GbE, but researchers say that 800 GbE remains achievable given that the bandwidth demands are met.

How to Achieve 800 Gigabit Ethernet? 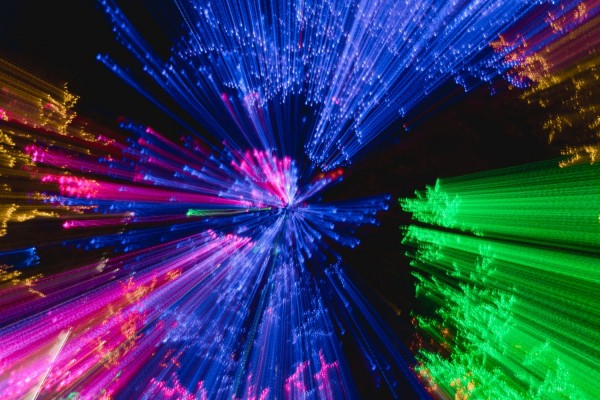 According to the researchers from Lumentum, reaching 800 GbE is viable if there are installed eight 100 gigabits per second (Gbps) optical lanes.

However, the team came up with a smarter idea that would work better compared to the proposed idea. Through the application of four 200 Gbps wavelength interfaces, they would be able to reach the target Gigabit Ethernet. The approach also appears to be cost-effective, more reliable, and even capable of using less hardware in the process.

For the ongoing meeting at the Optical Fiber Communication Conference and Exhibition (OFC), Lumentum's principal optical engineer, Syunya Yamauchi would be showing the optimized design of the method on June 6-11.

According to the technology firm's Datacom Product Line Management vice president, Mike Staskus, the "active optical devices serve as the most significant components of the optical communications systems."

To carry out the operations, Yamauchi spearheaded the activity through developing a lumped-element (LE) electroabsorption modulator-integrated distributed feedback (EA-DFB) laser which would help to reach a high-speed, high-bandwidth undertaking.

The laser would function for up to two kilometers and would initiate transmissions for the modem data centers housing 224 Gbps signal.

What Are the Tradeoffs in Using the EA-DFB Design?

According to a report by Phys.org, Staskus stated that there could be some tradeoffs for the development. The team during the simplified packaging method, however, has managed to surpass the expected drawbacks like the extinction ratio on the design of the EA-DFB.

Moreover, the LE EA-DFB has a "reduced inductance and capacitance" compared to the EA-DFB based on the optimizations and design when tackling the bandwidth and power development via EA modulator.

"It can enable the development of optical transceivers with twice the data rate of current 400 GbE modules, without dramatic increases in the cost and power consumption, by using higher-speed laser transmitter chips that do not require power-hungry thermoelectric coolers," Staskus said.

Meanwhile, the conclusion points out that to achieve 800 GbE, LE EA-DFB is well-suited since it would give light to a bigger space for data center tasks.

Staskus added that the next-gen, high-speed lasers would prompt faster speeds, cheaper costs, and longer reach while maintaining a top-level in the service. Since the modern data centers are now reliant on heavy-duty streaming, the speeds should also go up to over 1.6 Tbps.