McDonald's artificial intelligence drive-thru bot wants to brush up efficiency services for customers behind the wheel. However, a single customer is not impressed and filed a lawsuit alleging that its new upgrade broke the biometric privacy law. 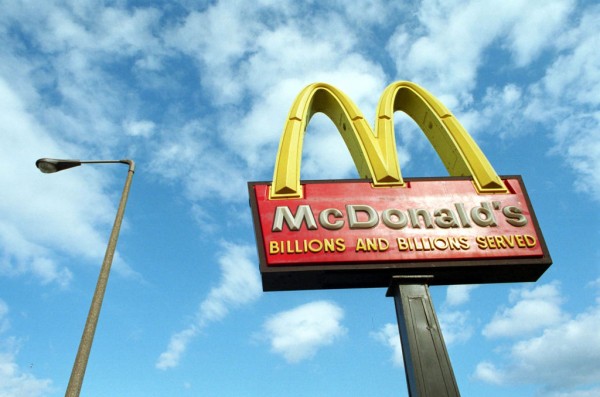 Some are concerned that McDonald's invading their privacy through the data that it collects. It comes after the fast-food giant launched the automated drive-thru orders on June 2, CNBC reported.

At least ten branches in Chicago are letting go of workers, and instead relying on a Siri-like way of collecting orders like McNuggets or french fries. Chris Kempczinski, McDonald's CEO, noted that the new voice-command AI showed at least 85% accuracy.

There are no data officially published on how humans compared, so there was no way to confirm. But McDonald's says it improved both speed and accuracy.

The adoption of McDonald's to a smart drive-thru was announced on February 27, but even before the COVID-19 pandemic started, which led to lockdowns, the fast-food company had already spent a whopping $300 million to acquire an AI company known as Apprente in 2019.

The company is now called McD Tech Labs. It is behind the smart drive-thru facing the scrutiny of some customers.

The new tech of the fast-food intends to ease up the experience of hungry customers inside a vehicle.

However, some customers value their privacy more than convenience. Hence, they are not letting McDonald's collect their voice data without the proper permission.

According to The Register, Shannon Carpenter claimed that McDonald's is going against the Biometric Information Privacy Act (BIPA). The law says: "No private entity may collect, capture, purchase, receive through trade, or otherwise obtain a person's or a customer's biometric identifier or biometric information."

The Register noted that all of these are only permitted once the other party gave their consent.

As such, Carpenter brought McDonald's to court on April 26, alleging that the fast-food business collected the voice data of drive-thru customers without any written consent.

If indeed proven that McDonald's "intentionally or recklessly" did what was accused, the company will have to pay $5,000 for each customer affected.

And it would have been an expensive lawsuit to lose. The estimate is that, overall, the fast-food giant will have to pay about $5,000,000.

However, if the act has been violated due to negligence, affected customers will only receive $1,000.

Shannon claimed that McD Tech Labs transcribes speech into text, and analyzes the audio collected to guess the gender, nationality, and age of customers.

Elsewhere, here's why McDonald's take photos of its customers' vehicle when they are ordering via drive-thru.