Astronauts Nie Haisheng, Liu Boming, and Tang Hongbo are aboard a Long March-2F rocket that  blasted off the launch site located in the Gobi Desert. The three astronauts are currently on their way to begin the construction of China's very own space station.

According to Space, the mission serves as Tang's maiden space mission. Nie has been on two space missions, one in 2005 and another in 2013, while Liu had his first space mission in 2008.

Prior to this mission, China's last crewed spaceflight was launched in 2016. Called the Shenzhou 11, the spaceflight brought three astronauts to a Chinese space lab, where they stayed for a month.

The three-man mission is the third of 11 missions already planned by China to finish the construction of its very own space station. A core capsule has been sent the previous month in preparation for the construction.

The astronauts will stay in outer space for three months, during which they are expected to test equipment and lay the foundation for longer stays in the future.

Named Tiangong, which means "Heavenly Palace," the Chinese space station will be T-shaped and is expected to be completed by next year, according to Nikkei Asia. Tiangong is expected to have an operational lifespan of 15 years.

It is also intended to be 20% larger than the International Space Station and roughly around the same size as Russia's deorbited Mir Space Station, per Space.

Per Nikkei Asia, China has been kept out of the International Space Station since 2011 over technology transfer concerns. This, however, isn't the only space-related issue China has with the rest of the international community, particularly the U.S.

The National Aeronautics and Space Administration or NASA has been banned by the U.S. government from collaborating with China. Because of this, the Asian country has likewise been kept out of the Artemis Accords and the Artemis Project, which seeks to return humans to the moon in 2024. 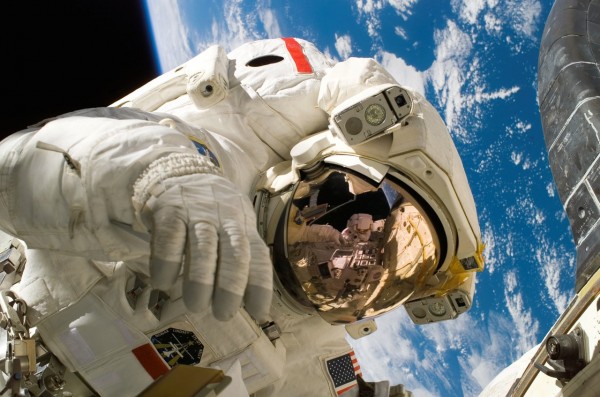 Despite its outer space-related conflicts with the U.S. and the rest of the international community, China's space program has only grown over the years. In fact, experts claim that China is a very strong contender that can challenge the U.S. in the 21st Century Space Race.

China is also said to be preparing to reach interstellar space by mid-century. The mission aims to reach 100 astronomical units from Earth by the end of 2049, the centenary of the founding of the People's Republic of China. One astronomical unit is equivalent to the distance between the Earth and the Sun.

China Makes Moves to Reach Interstellar Space by the Mid-Century