Some TikTokers were revealed to be bullying Jeff Bezos, the founder of Amazon and Blue Origin. In the video, which is now deleted by the social media platform because of its inappropriate content, showed that the TikTok users were making fun of him. 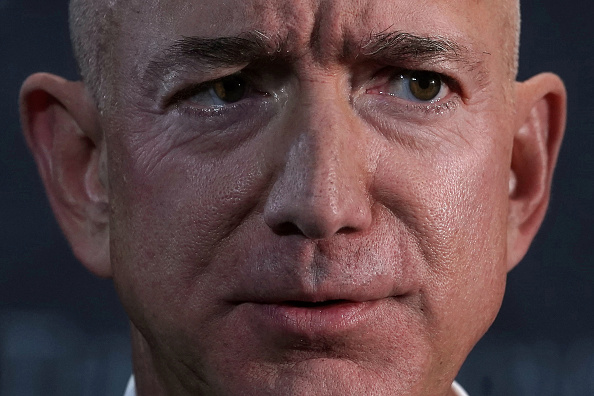 (Photo : Photo by Alex Wong/Getty Images)
Amazon.com founder and CEO Jeff Bezos speaks during a launch event for the Bezos Center for Innovation at the Museum of History and Industry on October 11, 2013 in Seattle, Washington. Supported by Jeff and MacKenzie Bezos, the center aims to highlight the history and future of innovation in the Puget Sound region.

In the footage, the tech CEO was seen walking on the street. After that, a group of people suddenly asked him some harmful questions.

"Hey Jeff, do you feel bad when your Amazon workers die in the warehouse?" said the TikTok user @bat_rat_im_all_that, who took the video.

"Hey Jeff, nice lazy eye. I wish money could fix that," added another one.

After hearing these words, Jeff Bezos was seen making brief eye contact with the TikTok users. However, he didn't ask his bodyguards to confront these anonymous people. He just went inside his car and left the area.

According to Daily Dot's latest report, another video, which was also deleted, was posted after the first one. In this version, Jeff Bezos is not the only one who was being heckled. 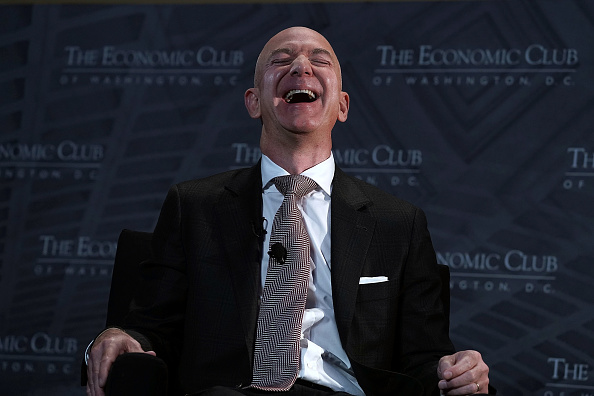 (Photo : Photo by Alex Wong/Getty Images)
CEO and founder of Amazon Jeff Bezos laughts as he participates in a discussion during a Milestone Celebration dinner September 13, 2018 in Washington, DC. Economic Club of Washington celebrated its 32nd anniversary at the event.

Various commentators in the leaked footage said Elon Musk and other billionaires should be teased more and more. Although this is the case, some people are still not happy about the comments that Jeff Bezos' bashers are releasing.

One of the TikTok users said that he is okay with bashing Jeff Bezos's actions and other plans on its companies. However, he said that it is not right to attack a person's appearance, especially if they have a physical problem.

If you see harmful TikTok content, the best thing to do is report the post and account. Don't go with the flow since it will only add up to the hate.

The two deleted TikTok videos are just the start of people's hate towards Jeff Bezos and other rich tech CEOs. CNET reported that there is currently an online petition that begs Bezos to stay in space.

The online petition describes Jeff Bezos as a more serious version of Lex Luthor, the main enemy of Super Man. It added that he is an "evil overlord" on global domination. All this content is pretty harsh. If ever you see one when you are surfing the web, it is highly suggested that you report it.

For more news updates about Jeff Bezos and other tech billionaires, always keep your tabs open here at TechTimes.

Related Article: Jeff Bezos: Going to Space is Risky, Despite Owning Blue Origins and Having the Right to Do What He Wants