Electronic skins need to be exceptionally thin to practically work as they need to be unnoticeable by the naked eye. Thankfully, a group of scientists has devised a way to achieve just that with "atomically thin" transistors. 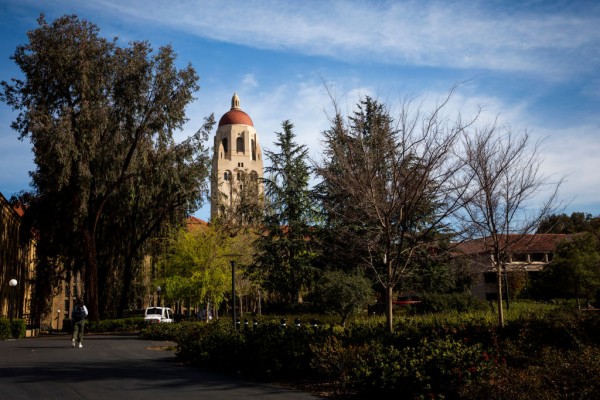 (Photo : by Philip Pacheco/Getty Images)
STANFORD, CA - MARCH 09: Hoover Tower looms during a quiet morning at Stanford University on March 9, 2020 in Stanford, California. Stanford University announced that classes will be held online for the remainder of the winter quarter after a staff member working in a clinic tested positive for the Coronavirus.

The development of electronic skins is nothing new. Even the South Korean tech giant, Samsung, is attempting to produce an electronic skin that monitors a person's heart rate. If successful, people experiencing health problems could detect potential illnesses early on.

According to Yahoo, researchers from Stanford University produced "atomically thin" transistors that measure 100 nanometers long. The institution added that it is significantly smaller than other developments in the past.

The researchers said a technological obstacle delayed the dream to engineer "ultrathin, flexible computer circuits." Previously, 2D semiconductors melted in the flexible tech as it heats up excessively.

So, the researchers used glass-coated silicon instead. It is paired with super-thin semiconductor film on top of nano-patterned gold electrodes.

With that, the produced film is now thin enough at the right temperature at nearly 1,500F.

To note, it is far from 680F, which is when the plastic starts to melt.

Additionally, the computer circuit is "bendable, shapeable, yet energy-efficient," the press release by Stanford said. And now, on top of that, it is also cool enough to be used for electronic skins.

When the transistor is complete, it will be thinner than human hair, Yahoo claimed. To be precise, it is five microns thick. And, aside from its ideally thin structure, it could also work without needing significant energy.

However, the technological breakthrough still needs some brushing up.

The researchers are looking forward to also adding wireless technology as thin as the current structure. It will then allow network connectivity, which will be important in gathering data.

Read Also: This Electronic Skin Can Help Amputees Sense Temperature And Pressure On Their Prosthetic Limbs

The scientist involved noted that they are also considering ways to mass-produce their invention to sell it at an affordable price.

Similar to what Samsung envisioned, the bendable transistors allow health-related monitoring and tasks. The possibilities for it are countless. But one thing is for sure, once successful, it will be a game-changer in collecting health data, which could improve illness detection.

Even in its infancy stage, a group of researchers is finding ways to help amputees feel temperature and pressure. It is done by implanting electronic skins on their prosthetic limbs.