Samsung's AMD RDNA 2-Equipped Exynos Chip is likely to power an upcoming Vivo flagship smartphone after a leaker hinted at it. 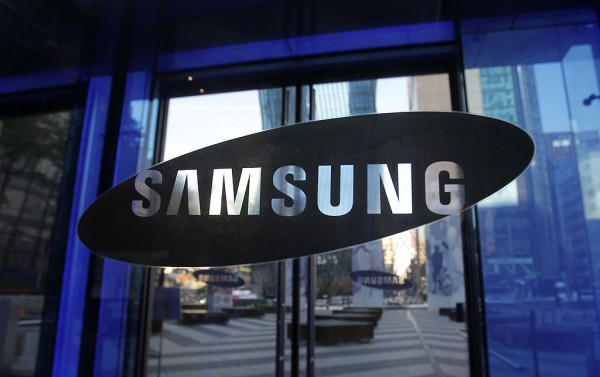 (Photo : by Chung Sung-Jun/Getty Images)
SEOUL, SOUTH KOREA - DECEMBER 11: The Samsung logo is displayed at the company's headquarters on December 11, 2012 in Seoul, South Korea. One of the main South Korean presidential election campaign issues is the economy, as the chaebol, South Korea's business conglomerate, dominates the country's wealth while the economic life of middle class people has not been improving.

The AMD and Samsung-produced Exynos mobile chipset is reportedly debuting in July.

TechRadar noted that it could go head-to-head against the Apple Silicon. And it turns out that the rumored Exynos 2200 is also gracing non-Samsung devices.

The tech outlet also suggested that the latest chip is not entirely exclusive to mobile phones. It could be available on laptops as well. Thus, creating a more parallel Samsung ecosystem.

On January 13, Samsung confirmed that it is teaming up with AMD to pack its next Exynos chip with an RDNA. The South Korean giant has hinted at the collaboration since 2019, but it is only this year that it is coming to fruition. 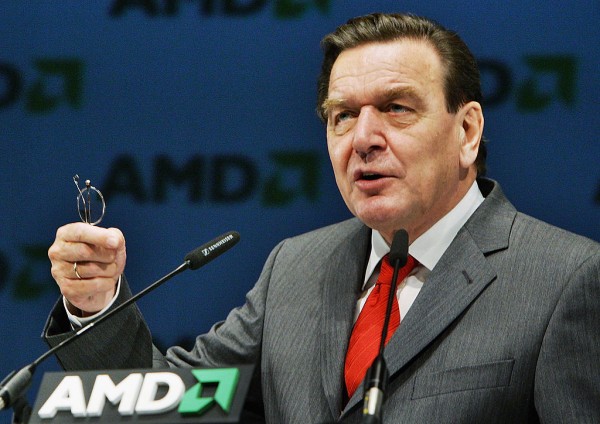 (Photo : by Carsten Koall/Getty Images)
DRESDEN - OCTOBER 14: Chancellor Gerhard Schroeder delievers his speech at the opening ceremony of the new facility Fab 36 of AMD, Advanced Micro Devices, October 14, 2005 in Dresden, Germany. AMD, based in Sunnyvale, California, is a global supplier of integrated circuits and produces microprocessors in thinfilm copper interconnect technology for personal and network computers.

The speculation that a Samsung AMD-Equipped Chip is coming to Vivo flagships rooted in a Chinese leaker's post on Weibo. The leaker revealed that the Chinese company is planning to produce a device relying on the next-generation Exynos.

However, the Weibo post did not mention the exact device being pertained to.

Nevertheless, it is suggested that it could likely be the next flagship phone of Vivo. Given the game-changing power that the AMD and Samsung partnership envisions, it is unlikely for a mid-range device to carry the processor.

The said chipset is reportedly 30% more powerful than its predecessor, the Exynos 2100.

Other Smartphones with Exynos Chip

In the past, Vivo phones have also been using Samsung's Exynos chips. So, the leak is not far-fetched, if history will be based upon it.

According to SamMobile, Vivo smartphones have already sported three Samsung chipsets so far. It includes the Exynos 1080, the Exynos 980, and the latest is the Exynos 880.

The fresh Vivo Y70t, which was release on June 3, flaunts the power of the latest Samsung processor.

Additionally, there are other smartphone brands, such as Meizu and Motorola, that joined Vivo in the list of Exynos chips users.

Elsewhere, Google is also reportedly engineering an in-house chipset that goes by the name Whitechapel. It could perhaps be seen in the Pixel 6 and Pixel 6 Pro once it unveils.

On the other hand, a forecast expected Apple's Silicon chip to bring down Intel's market share in 2023 as it completes its transition to its in-house processor.