Elon Musk, Tory Bruno Argues on Twitter About ULA and SpaceX, But Which is Better Than the Other?

Elon Musk and Tory Bruno have been answering against each other with words on each's Twitter accounts, and have been a result of people's questions about which company is better than the other. SpaceX and United Launch Alliance (ULA) are industry competitors, but one cannot say that they are direct rivals of each other, but after this, they may be.

ULA and SpaceX have been known to share their stakes on NASA's flights, and that both companies have been highly used and regarded by the national space agency for their different missions. 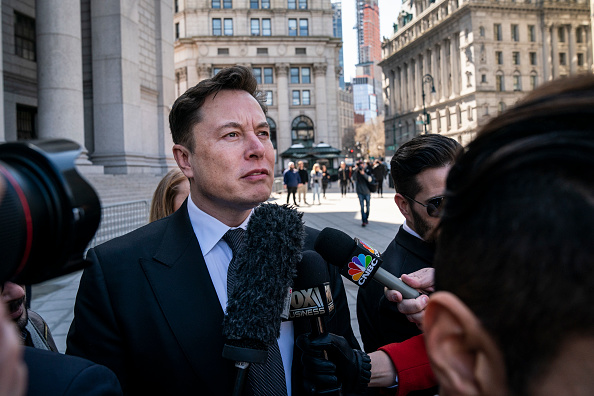 (Photo : Drew Angerer/Getty Images)
Tesla CEO Elon Musk arrives at federal court, April 4, 2019 in New York City. A federal judge will hear oral arguments this afternoon in a lawsuit brought by the U.S. Securities and Exchange Commission (SEC) that seeks to hold Musk in contempt for violating a settlement deal.

In the recent development of this story, Elon Musk and Tory Bruno have initially exchanged on Twitter about the construction and assembly of ULA's Vulcan, with both CEOs showing begrudging comments against each other.

Why Did the Rivalry Start?

The root cause of this exchange was the Rapid Reusability Rocket tweet that was posted by Musk, and a Twitter user asked Bruno's opinion about it. Here, Bruno denied that SpaceX has an edge over ULA and the Vulcan, to which Musk greatly contested, saying the latter would have been "dead as a doornail" if it was not for the Department of Defense.

Chaos erupted as both answered each other with their opinions, and here, both space heads have tried to prove each other wrong and aim for their company's superiority. A lot of external links were posted, as well as proof about the different failures and achievements of either's ventures.

Your company said the exact opposite in 2014 when it got a sole-source, uncompeted $11B DoD launch contract. https://t.co/Abd5sWhZDt

ULA is a public company, and SpaceX is private, which is one thing that both they differ on. But their goal is the same, and it is to dominate the space industry, especially as the world's foremost provider for spacecraft.

In the exchange, Bruno said that competition is highly welcomed by ULA, and that he is happy for the achievements of SpaceX in recent times. Here, Musk disagreed, and in another tweet, agreed with a different user that ULA has a monopoly which was "carved-out" in the company's landscape, aiming to take over the industry and have control over it.

What is not well understood is that ULA *still* has a monopoly carve-out for US government launches for which SpaceX is not allowed to compete, costing the taxpayer twice as much per launch than it should. This is obviously not real competition.

Bruno did not respond after this. This points out that either he does not want to exchange words with Musk anymore, or that he was left speechless with the tweet that the SpaceX CEO delivered, complete with backing.

SpaceX and ULA are both space companies and have been massive names in the space industry in recent years. SpaceX is looking at Rapid Reusability Rockets, and ULA is beginning to start on the reusable venture with its Vulcan.

This being said, SpaceX may be more prominent now, but that does not mean ULA is left in the dust.