'Ni No Kuni: Cross Worlds' Records More Than $100 Million Revenue in the First 11 Days--Best-Selling MMORPG at the Moment?

One of the newest MMORPGs out there, "Ni No Kuni: Cross Worlds" is already making noise in the gaming community after it collected a staggering revenue of $103.1 million in just 11 days after its launch.

So far, the mobile game, which was only released last June 10, was able to surpass what "Genshin Impact" and "Pokemon GO" have accomplished during their debuts.

'Ni No Kuni' Posted An Impressive Record in Early Launch

(Photo : Ni No Kuni)
In just 11 days, 'Ni No Kuni' continues to impress its fans after reaching $100-million milestone.

According to a report by Screenrant on Thursday, July 1, the booming popularity of "Ni no Kuni" has reached worldwide. Even though the mobile game is only playable in selected regions, including Japan, Hongkong, South Korea, Taiwan, and Macau, the hot start of the game is undeniably spectacular.

Across Google Play and Apple App Store, it only took the MMORPG 11 days before reaching $100 million in revenue. In an instant, "Ni No Kuni: Cross Worlds" already ranked second in the top-grossing mobile games of 2021.

"This means that outside of China, Netmarble's title was the No. 1 revenue-generating mobile game globally since its launch," Sensor Tower published on its blog on Wednesday, June 30.

To give you a clear comparison about its revenue, Sensor Tower said in its report that it took 12 days for "Pokemon GO" to reach the $100-million achievement. On the other hand, miHoYo's "Genshin Impact" has hit the same revenue target after 13 days since its release.

Read Also: Sakura Revolution Shutdown Postpones Delay to July 20, 2021 | Play it Before it Goes Away!

During the small time frame, the majority of "Cross Worlds" earnings came from Taiwanese players accounting for 15.7 %, while 35% of the in-game app purchases were attributed to the South Korean market.

At the moment, there is no final date for its worldwide release. It would still remain playable to Japan and East Asia servers, that's why there is no English language available for "Ni No Kuni."

Long-Term Relevance of the Game 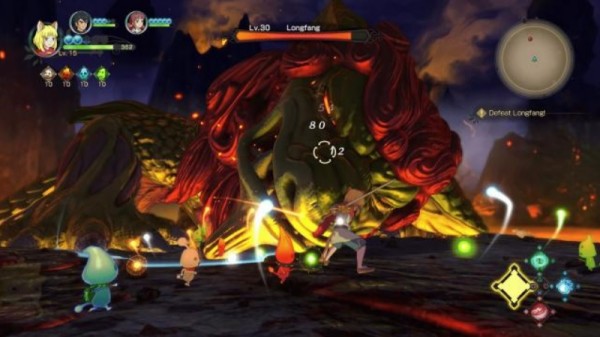 Kotaku reported that several games have shared the same success with "Ni No Kuni," but only a few of them have kept up with the trend of staying alive even after a long time of existence.

For instance, "Genshin Impact" has been a massive hit since its beta days. To date, many players are still into it even though many game releases occurred before it.

The waiting game is far from over for the "Cross Worlds" fans, but we could expect that Level-5's escalating game would become available to everyone next year.

For the overview of the game, it runs in Unreal Engine 4. The gameplay is similar to other MMORPG, which lets you choose your desired character from various classes. You can select either Destroyer, Swordsman, Witch, Rogue, or Engineer.

The competition inside the game has become intense, thanks to the added 6v6 mode (PvE and PvP) where you can engage in team quests. There is also a co-op mode where you can enjoy a similar setting like "Pokemon" through the familiars.