"The Dark Pictures Anthology" developers seem to be ready to work on a new game in the series months before the release of its third installment.

A trademark filing with Justia Trademarks gave fans a glimpse of what the next game will be, particularly what its name is.

According to the filing, an upcoming game in the "The Dark Pictures Anthology" will be called "The Devil in Me."

'The Dark Pictures: The Devil in Me': What We Know So Far 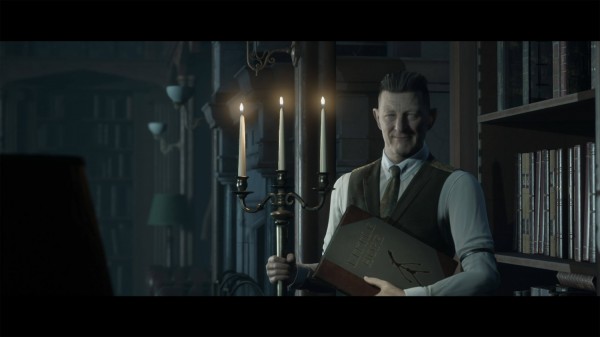 "The Dark Pictures Anthology" developers' trademark filing doesn't really say much about the game beyond its name and logo.

The Justia Trademarks filing lists June 28, 2021 as its filing date and Supermassive Games as its current trademark owners. The filing, as of press time, is listed as a new application that has not been assigned to an examiner.

The letter v in "devil" is also stylized. A magnifying glass and skull embedded with a compass complete the design. The logo design for "The Devil in Me" is in line with the designs of the first three games in the series.

Related Article: How to Survive in 'Until Dawn'

Each game lets the player make decisions for the characters which ultimately affect how the narrative plays out as each decision has a corresponding consequence.

The second game in the series, "The Dark Pictures Anthology: Little Hope," was released last October for the same platforms.

The third game in the series, "The Dark Pictures Anthology: House of Ashes" is scheduled for release this October. Unlike its predecessors, the third installment will be playable on more platforms. These include PlayStation 4, PlayStation 5, Xbox One, Xbox Series X/S, and Microsoft Windows.

According to Comic Book, the story of "House of Ashes" is set in 2003 during the Iraq War. Like the previous installments in the series, it will also be an interactive drama survival horror game.

"Hunting for weapons of mass destruction, a team comprising U.S. Special Forces, Air Force, and CIA is sent on a mission to unearth an underground chemical weapon that's been picked up on satellite," according to Will Doyle, game director at Supermassive Games.

Doyle also confirmed to Comic Book that actress Ashley Tisdale will be part of the game's cast.

Also Read: 'Until Dawn': Why Supermassive Games' Survivor Horror Title Needs To Be On Your Radar

How To Survive In 'Until Dawn'

'Until Dawn': Why Supermassive Games' Survivor Horror Title Needs To Be On Your Radar

'Until Dawn': Why Supermassive Games' Survivor Horror Title Needs To Be On Your Radar

Watch Out, Netflix: YouTube Is Making Choose-Your-Own-Adventure Interactive Shows, Too