The Boring Company to soon construct the "Las Olas Loop," a beach tunnel going towards Fort Lauderdale in Florida, as the recent venture was signed by Mayor Dean Traantalis. The green light to the venture means that construction is a go and that Elon Musk's tunnel services would soon run there, along with Tesla electric vehicles for transport. 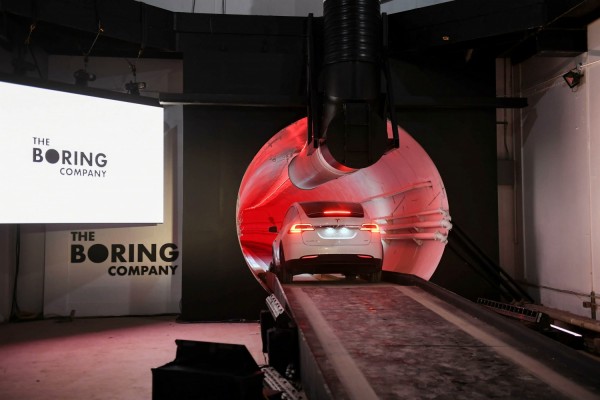 The tunneling business is thriving for The Boring Co. and Elon Musk, especially as they have secured a lot of projects in the past years, having the first one, the Las Vegas Loop, already operational.

Earlier this week, Tech Times reported that there was a planned underground transit in Florida, particularly in Fort Lauderdale's beach. And a little over five days after the said report, Mayor Trantalis has already confirmed that the venture is a go, and they have already signed the papers with The Boring Company, to construct the tunnel.

This development is massive for both the City of Fort Lauderdale and The Boring Company, especially as other competitors were approaching the city for the tunneling project.

The city said that it would call it the "Las Olas Loop," and it was named after the local route of public transportation which has been present in the city, and is focused on its way to the beach.

Mayor Trantalis said that this would be an efficient way to go to the beach, without the worry of a traffic jam or congestion to face, particularly on busy days.

Read Also: Electrify America Could A New $1 Billion Partner: Why Is VW Selling A Stake Of Its Company?

The Boring Loop's Expansion in Florida

The Boring Company's tunnel loop has initially started in Las Vegas but has been apparent in a lot of other major cities and densely populated areas to provide a traffic solution.

Initially, it has been approached by Austin, Texas for a tunnel project, which would put a public transportation system underneath, using Tesla as the vehicle of choice.

One of its next major expansions is in Florida, particularly in Fort Lauderdale, as the deal has been made with its papers being signed. However, it is not the only place in the state which would have the tunnel, as there were talks that Miami would get some of the action, soon to have its tunnel system to address the city's traffic problems.

Will There Be a Boring Loop in Most States?

Boring's loop on most states is a matter of deals and talks with the different heads of state in the country, but if the company were to secure them all, it would mean that tunnels would be seen all around.

However, the target of the Boring Loop is to address traffic and congestion, particularly in major cities that suffer from these problems.

Cities like New York, Los Angeles, San Fransisco, Chicago, and other densely populated areas may be targets of Boring Loops but would depend on their mayors or governors for the deal.