Activision shuts down the operation of the console cheating software meant for "Call of Duty," which prides itself as undetectable. 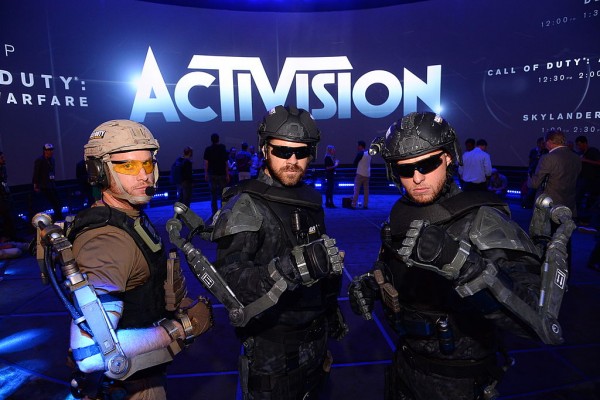 The "undetectable" cheating software for numerous devices, which expanded even to gaming consoles, was advertised to provide aimbot and wallhack features to games such as the "Call of Duty: Black Ops Cold War" and "Call of Duty: Warzone."

The new software did not only worry the honest and fair players of the first shooter games. It turns out that it even called the attention of game developers, such as Activision.

It is to note that the teaser of the cheating software even shamelessly used actual footage of the hack being applied to the mentioned Activision gaming titles. That said, it is not surprising that the game developer had to butt in as it was being marketed to the players of its games.

As per ComicBook, the developer behind the aimbot and wallhack enabling software admitted that Activision Publising, Inc requested the creator to take down the cheat that exploits first shooter games.

The Twitter account that goes by the name Anti-Cheat Police Department first posted the teaser of the cheat software, noting that even gaming consoles are "no longer a safe space to play your games legit anymore."

Ladies and gentlemen, I present you the next generation of cheating now available on console, and has been for a while but lately its been becoming more popular and more of a trend, consoles are no longer a safe space to play your games legit anymore pic.twitter.com/iEQzPVFf1h

The video clip revealed that the latest cheat program uses machine learning to enable auto-aim and weapon detection on consoles like the PlayStation or the Xbox. However, to do so, the player will have to install the software via another PC.

The video tease further boasted that the new cheat is undetectable by the game developers.

Nevertheless, the "undetectable" tech was shut down by no other than a game developer, the creator of the cheat said, adding that the intention is not to pursue illegal activities.

The creator named USER101 further noted that the cheating software was never released at all, reiterating that it is supposedly "coming soon."

USER101 also raised the idea that the cheat software has other functions beyond the confines of gaming hacks, but he claimed that the negative impression of the tech overshadowed it, PlayStationLifestyle reported.

To be precise, the creator highlighted that the machine learning-based program could be used as an accessibility tech for people without limbs. For instance, the software could possibly point a webcam in a certain direction without touching it.

Elsewhere, here's how to know if another player is using cheating software.

ⓒ 2021 TECHTIMES.com All rights reserved. Do not reproduce without permission.
Tags: Activision Shuts Down Call of Duty Cheating Software consoles Undetectable
Most Popular