An AI voice generation method was used for the latest Anthony Bourdain documentary, and it aims to capture something that the late personality said, bordering greatly on deepfake. However, these words were never actually said on recording or any media by the late celebrity chef and are something which the director wants to be part of the film.

Over the past months and during the pandemic, Deepfake has been used to bring fake news and mislead people into believing a lot of different things on the internet. It already caused alarm to the government, and some of which were taken down by social media platforms as they malign people. 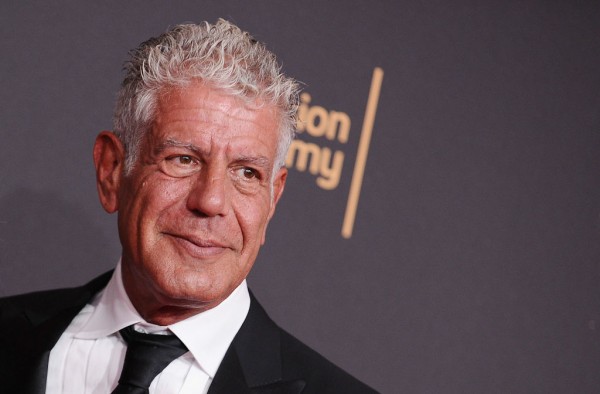 According to an interview by The New Yorker, Director Morgan Neville has revealed that he has used artificial intelligence to generate a copy of the voice of the late Anthony Bourdain, to be included in his film. Here, the voice and audio clip was never said by Bourdain when he was still alive, but something which Neville wants to capture for the documentary film, "Roadrunner."

This has turned a lot of heads and caught massive attention, especially with the lengths that the director went to, to make the film.

And while using modern technology to one's advantage is not a crime, there are certain aspects where one should take caution, especially in making a dead person say things he has never said before.

In GQ's interview with the director, he has revealed that there were as many as four companies that he approached so that they may create the best possible replication of the personality's voice. This was all made for the film's purposes, and nothing else, but still receives a lot of criticism.

The documentary film entitled "Roadrunner" has been met with criticisms and ethical concerns with regards to its use of AI voice generation, as it is not something which the team naturally holds. Meaning that the generated content was brought by the creative minds of the team, instead of being regularly available media content, as seen in the media.

While it uses something like deepfake in the documentary for its content, it is not necessarily a "deep fake documentary," as most of the content, it shows remains authentic and not AI-generated. However, it was not extensively revealed through the interviews, what parts were AI-generated, so having mentioned it might give it a notion that it is mostly deepfake.

Anthony Bourdain has passed away last 2018, and since then, his legacy was always remembered by the media as he was a massive personality in popular culture. The former television host has imparted a lot of knowledge and shared a lot of culture in his documentaries, making him an iconic name in the industry.

Remembering the late Anthony Bourdain will be showcased in "Roadrunner" but it would also integrate generated content to further give people an insight about him is quite the step.