Samsung is definitely going big this 2021 with two of its larger-than-life screens.

One of these screens is actually 1,000 inches wide and known as The Wall. On the other hand, the second screen, whose name has just been unveiled by Samsung, has found its home in the SoFi Stadium in Inglewood, California. 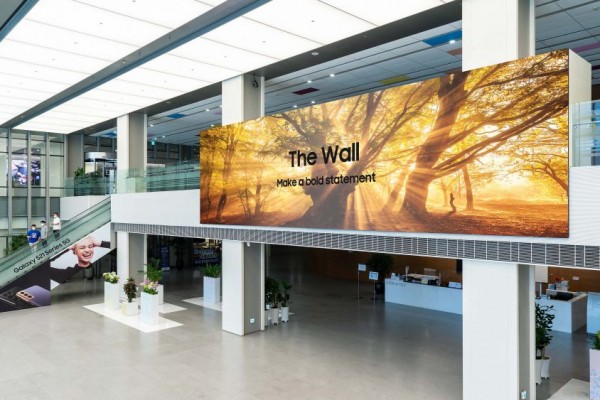 According to Samsung Newsroom U.K, the 2021 model of The Wall features upgraded 120Hz frame rates and a new artificial intelligence (AI) processing technology.

"The 2021 The Wall is our most immersive and versatile display yet, giving businesses complete control to create their dream environments," said Senior Vice President of Visual Display Business at Samsung Electronics Hyesung Ha.

The 2021 model of Samsung's The Wall has a new Micro AI Processor that "can optimise picture quality up to 8K resolution, enhancing contrast and removing noise," according to the press release. It can also be configured horizontally for up to 16K resolution.

This year's model of the Samsung screen is said to be easier to install despite the 1,000-inch width. This is thanks to the new wireless docking connections the 2021 model of The Wall features as well as its bezel-less design. 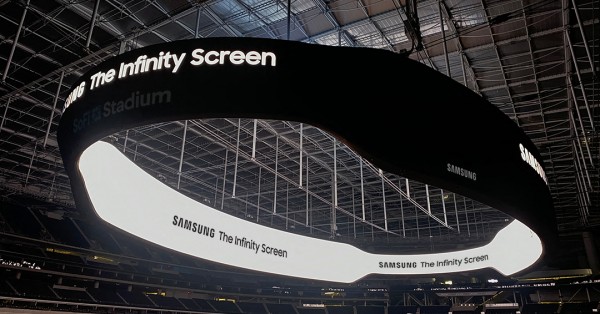 Samsung has also formally revealed the name of the center-hung video board at the SoFi Stadium in Inglewood, California.

The 70,000 square-foot, dual-sided video board is called Infinity Screen by Samsung.

"It's been a long time coming, but we are so proud to announce The Infinity Screen by Samsung," said Vice President of the Display Division Mark Quiros, as quoted in a press release posted by Samsung Newsroom US.

According to the Samsung Newsroom press release, the Infinity Screen by Samsung has the "most LEDs ever used in a sports or entertainment venue, but also has the first and only 4K, end-to-end video production in a stadium."

The Infinity Screen by Samsung is positioned 122 feet above the playing field in the SoFi Stadium.

According to Samsung, "Beyond SoFi Stadium, Samsung's LED display technology will be represented throughout Hollywood Park, reaching fans across the development's residential, office and retail areas and through the Hollywood Park connected mobile app."

Samsung members, in particular, will get to enjoy in-app features that include exclusive content and offers.

Samsung MicroLED 4K TV: 110-inch 'The Wall' a Massive Show-off, How About the Price?