There are lots of guides that tell you how to stream on Twitch. But not a lot of them tell you how to make money off streaming on the platform because it can be quite complicated to do so.

(Photo : Hollie Adams/Bloomberg via Getty Images)
A laptop computer displays a logo for the Twitch streaming app, operated by Amazon.com Inc., in this arranged photograph in London, U.K., on Thursday, Sept. 17, 2020. Twitch is still by far the largest livestreaming site, with 1.4 billion hours watched in July, up 67% year over year, according to StreamElements and Arsenal.gg.

Streaming on Twitch has become a real way of earning income, especially during the pandemic. And it's not just gamers who are using the platform, too. Even musicians who can't play live events yet have turned to Twitch to earn themselves a living, because if things go well, a Twitch stream does pay a lot.

But how, exactly? In this guide, you will learn about the most common ways of making money on Twitch and how you can try it out for yourself.

According to the website Oberlo, these are the main ways to make money on Twitch. These are:

But out of everything there, the major money-makers are donations, subscriptions, sponsorships, and ad revenue. And that's what this article will be focusing on, because they're the easiest to explain.

Read also: Streaming on YouTube vs. Twitch: Which is the Better Platform for Vloggers and Influencers?

Before everything else, understand that you cannot earn any substantial income on Twitch if you're not a part of their Affiliate Program. And the only way to be a member is to get to a minimum of 50 followers. To reach that follower count, that's all on you: if you're good at what you do and exude a certain level of charisma while doing it, then you'll gain enough followers to become an Affiliate over time. But that's another topic entirely.

Once you become an Affiliate, you'll get additional options to monetize your content. Earning a minimum of $100 a month on average before taxes makes you eligible for a payout every 15 days, as per Twitch.

Now, let's move on to the different ways of making money as you stream on Twitch.

When you decide to stream on Twitch, subscriptions are one of the most common ways to earn money. Subscriptions are also what a lot of streamers prefer, because it gives you recurring income, according to InfluenceMarketingHub. 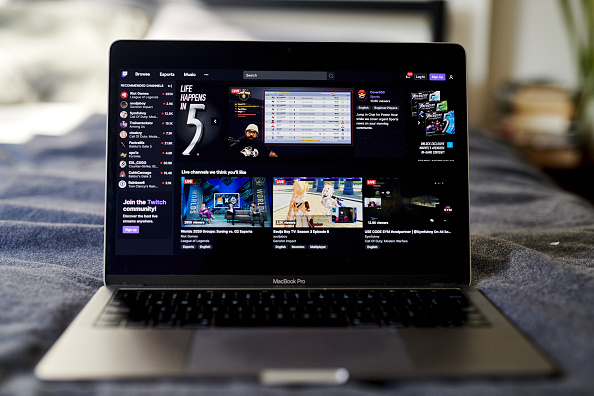 (Photo : Gabby Jones/Bloomberg via Getty Images)
The website home screen for Twitch is displayed on a laptop computer in an arranged photograph taken in the Brooklyn borough of New York, U.S., on Friday, Oct. 9, 2020. Twitch's market share of hours streamed jumped to 91% in the third quarter, up 15% from the second quarter, according to a report from streaming-software provider Streamlabs, which used data from Stream Hatchet.

Once you become an affiliate, you can add a subscription option to your channel for $4.99 a month, half of which you get to keep, and the other half goes to the platform. But of course, you can't force this onto people because they decide to subscribe to your content, as long as they feel you're entertaining enough.

These are far more straightforward and also have the potential to make you the most money. Popular streamer Pokimane has been known to earn upwards of $80,000 a month just from donations, which is a perfect example of getting things right on this end. You might not get recurring income like subscriptions, but viewers who like your content enough could literally choose to donate any amount they wish.

To illustrate the earning potential of donations (in a rather weird way, too): there's a Twitch streamer who earned $5,600 in donations just by sleeping with a camera focused on him.

If you're pretty good at what you do (whether it's playing a game, an instrument, or anything else), brands can choose to sponsor your content. Simple. It works like this: studios tend to pay popular streamers 1 cent to 1 dollar per viewer every hour, according to AvocadoFinances. So, suppose your sponsored 3-hour stream gets around 10,000 viewers at the end of the stream, you'll earn $90,000. 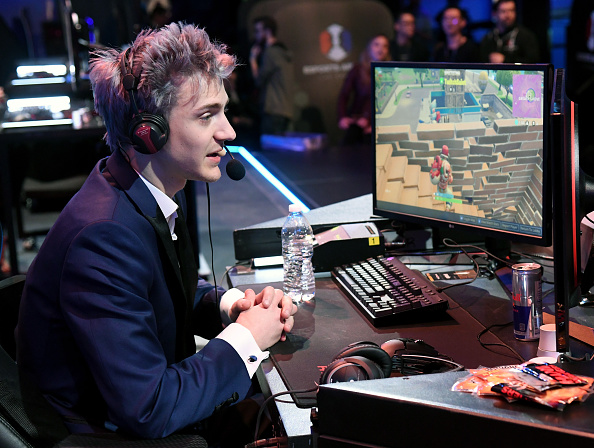 (Photo : Ethan Miller/Getty Images)
LAS VEGAS, NV - APRIL 21: Twitch streamer and professional gamer Tyler "Ninja" Blevins streams during Ninja Vegas '18 at Esports Arena Las Vegas at Luxor Hotel and Casino on April 21, 2018 in Las Vegas, Nevada. Blevins is playing against more than 230 challengers in front of 700 fans in 10 live "Fortnite" games with up to USD 50,000 in cash prizes on the line. He is donating all his winnings to the Alzheimer's Association.

Twitch streamers make a tiny bit of money every time the platform serves an ad to a viewer. Usually, that only costs a few cents, and that's the minimum rate. However, do well enough to be classified as a Partner (a step up from Affiliate, all the requirements are found in this guide by Madskill), and you'll get access to a so-called "Ad Button."

With the ad button, you can serve your viewers as many ads as you can. Some streamers even basically play Whack-A-Mole with it. The more ads you serve, the more money you earn. But of course, what kind of viewer likes to see an ad every minute or so, right? So, it would be best to limit the frequency of pressing the button when you get it.

Twitch Streaming Can Be A Reliable Income Source

If you have a certain modicum of charm and are good at what you do, then streaming on Twitch can be an excellent source of income. Just remember, however, that the ability to make money on this platform comes with responsibilities.

How to Earn Money While Sleeping? Twitch Streamers Get Paid $5,000 by Sleeping While Streaming

Streaming on YouTube vs. Twitch: Which is the Better Platform for Vloggers and Influencers?