Elon Musk: Nuclear Power Could Possibly Be ‘Extremely Safe’—Here’s How He Plans to Do it

Tech CEO and billionair Elon Musk said nuclear power has a hope to be an "extremely safe" clean energy option as the Tesla exec spoke in the Bitcoin mining conference called the B-Word hosted by the Crypto Council for Innovation. 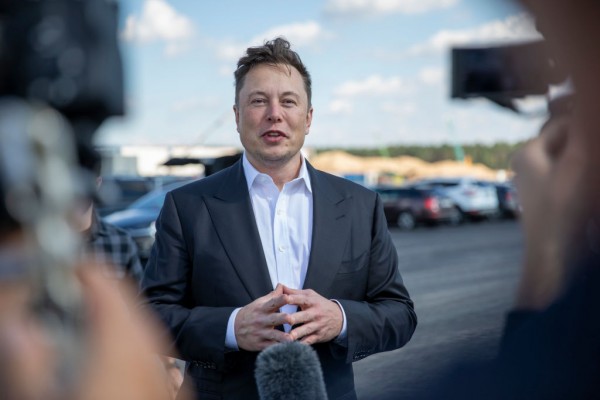 During the talk, Elon Musk also suggested that Bitcoin mining is now greener, which he guessed is possibly at 50% clean energy. He further attributed the new trend in the industry to the staunch crypto crackdown of China.

Meanwhile, CNBC noted that Musk is clearly on the affirmative side of nuclear energy, noting it is under the clean energy category due to its non-production of greenhouse gases, contrary to the likes of coal-powered electricity.

However, it is worthy to note that nuclear energy, albeit its green nature, is still infamous for its high-profile accidents, such as the Chernobyl incident and the Fukushima disaster, wherein thousands of innocent lives were taken, and left the locations radioactive.

Nevertheless, Musk still rallied behind the nuclear tech, which he even noted to increase in demand as electric vehicle sales surge, URNMELF reported.

The Tesla CEO went on to note that the demand for electricity in general will balloon as cars will be needing it more in the future. As such, cleaner power sources, such as wind, solar, and nuclear should answer the increasing need for it.

The billionaire CEO further believed that there is a way to make nuclear power safer, with him saying: "I think modern nuclear power plants are safe contrary to what people may think."

Musk went on to hint that there is a possibility to make nuclear "very, extremely safe." And that, he said, is through the use of the fission process, which is commonly seen in the conventional versions of the reactor.

The said process necessarily slams the nucleus into a large atom to turn it into two smaller counterparts, which then produces energy.

The Tesla and SpaceX boss noted that he is not talking about another method called "fusion," wherein, contrary to the previous process, smaller atoms join together to become a bigger counterpart to generate electricity.

Interestingly, the nuclear process that Elon Musk touted as the safer option is considered by many as the harmful version as it had to generate radioactive waste to emit power.

Elsewhere, other billionaires like Bill Gates and Warren Buffet invested in next-gen nuclear tech, which opened in the top coal-producing state in the United States.

ⓒ 2021 TECHTIMES.com All rights reserved. Do not reproduce without permission.
Tags: Elon Musk Nuclear Power Extremely Safe How He Plans to Do it
Most Popular