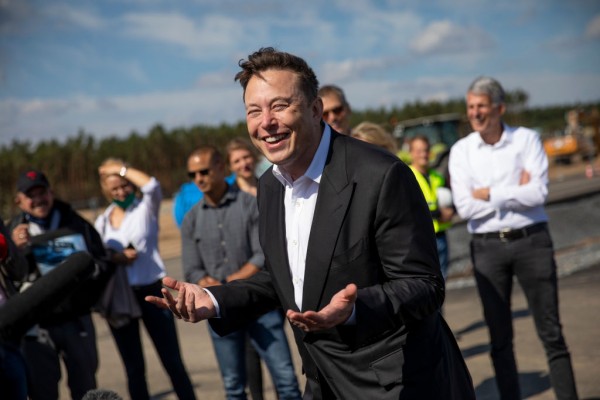 The Tesla and SpaceX CEO said it as he attended a Bitcoin forum joined by Ark Invest CEO Cathie Wood, Twitter CEO Jack Dorsey, and Square Crypto's Steve Lee, who served as the moderator.

Musk's electric vehicle giant owns the top crypto, as most of you may have known already. It once accepted the digital token as a form of payment, which began in February. It came alongside the purchase of a whopping $1.5 million Bitcoin, according to TechCrunch.

However, the billionaire halted $BTC payments, citing environmental concerns due to its coal-powered mining.

Elon Musk, later on, stated that his company will only use the leading crypto again when mining starts to comprise 50% clean energy.

This time around, the billionaire appeared on the virtual Bitcoin discussion, donning a t-shirt that flaunted a $BTC theme. As per CoinTelegraph, he also went on to admit in the talk that he personally owns "much more Bitcoin than Ether or DOGE."

Musk further said that BTC's renewable energy use for its mining is increasing, which he attributed to the crypto crackdown in China wherein coal-powered facilities have been shut down. The billionaire also noted that the current bulk of green mining is "most likely at or above 50%," adding that it is predictably going to increase.

The Tesla CEO further went on to tease that if Bitcoin continues to go greener, his EV company will revert to using it for payment processes.

He further noted that mining in the Asian country primarily uses coal energy. Not to mention that the illegal miners in China lacked transparency that will make sure that it is clean powered. As such, their shutdown helped lessen mining, which does not use clean power.

Carter also revealed that the shutdown of mining facilities in China turned to other locations, such as Canada and the United States, wherein sustainability has become a priority.