New York Knicks NFT collection will soon be available for purchase. This innovation was made possible through the NBA basketball team's partnership with Sweet, a broad-scale enterprise NFT solution. 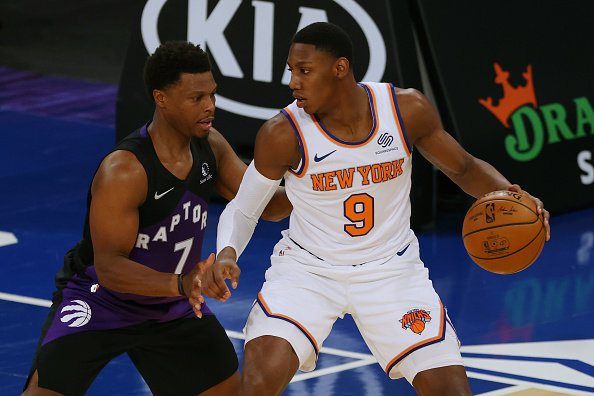 (Photo : Photo by Rich Schultz/Getty Images)
NEW YORK, NY - APRIL 11: RJ Barrett #9 of the New York Knicks in action against Kyle Lowry #7 of the Toronto Raptors during a game at Madison Square Garden on April 11, 2021 in New York City. The Knicks defeated the Raptors 102-96. NOTE TO USER: User expressly acknowledges and agrees that, by downloading and or using this photograph.

The NFT collection will be a limited edition since it is considered the first-ever 3D non-fungible tokens released by a professional sports team.

On the other hand, Sweet also confirmed that the new NFTs would feature artwork in digital game tickets. If you haven't heard about this big news, here are the games that will be highlighted in the limited NFT collection.

Sweet confirmed that the upcoming New York Knicks-based digitally designed artworks would be available for purchase on "Knicks.com/NFT" on July 27, at exactly 4:00 pm EST. 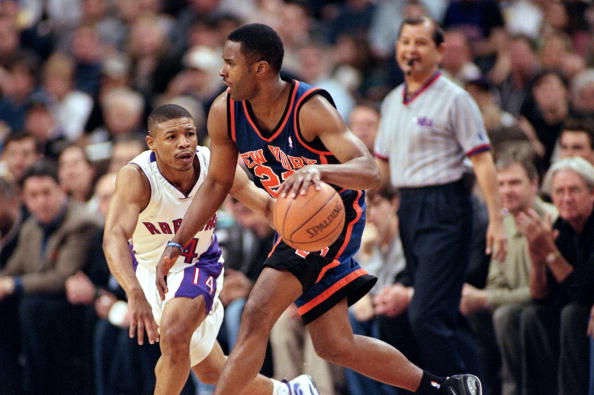 (Photo : Mandatory Credit: Rick Stewart /Allsport)
30 Apr 2000: Charlie Ward #21 of the New York Knicks moves with the ball around Muggsy Bogues #14 of the Toronto Raptors during the NBA Eastern Conference Round One Game at the Air Canada Centre in Toronto, Ontario, Canada. The Knicks defeated the Raptors 87-80.

On the other hand, the NFT solution agency added that a limited edition 3D NFT bundle, which features all five tickets, will be auctioned off.

"Additionally, a one-of-a-kind 3D NFT that displays all 5 tickets will be auctioned off, with the highest bidder receiving the 1-of-1 ticket plaque and mint #1 of all 5 individual ticket NFTs delivered to a preferred wallet," said the company.

Why NFT Is a Big Deal?

According to Forbes' recent report, NFTs are built using the same kind of programming used to generate cryptocurrencies, such as Bitcoin, Ethereum, and other similar brands.

However, these non-fungible tokens are quite different since their values could increase drastically depending on the artworks' demands. On the other hand, crypto has the same value as physical money. This means that one BTC will always be equivalent to one BTC.

When it comes to NFT, one digital artwork could have a higher price compared to other NFTs.

For more news updates about Knicks NFTs and other upcoming non-fungible tokens, always keep your tabs open here at TechTimes.

Related Article: NFT Games Like 'Axie Infinity' Raging in Popularity | Have You Heard of NFT Music Like with 'A Tribe Called Quest' Royalty?

Editors note: NFT has began on sale at 5:00 p.m. ET. Below, are the first 3D NFTs from a professional sports team. 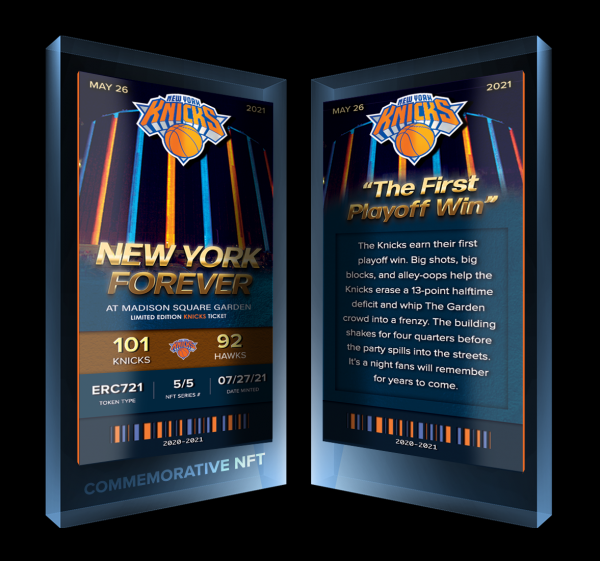 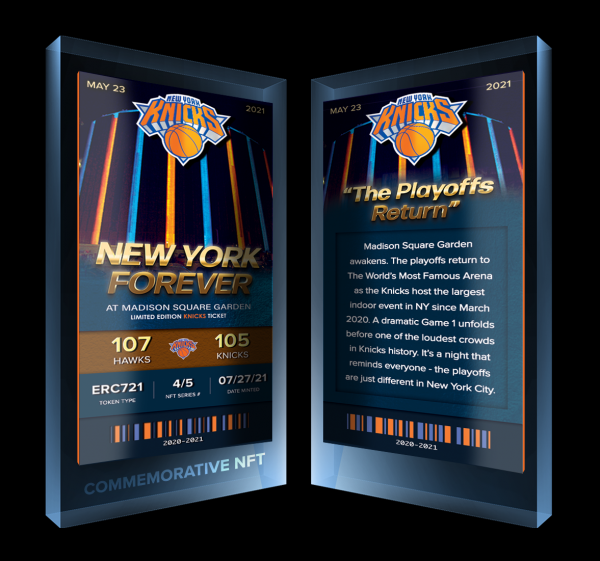 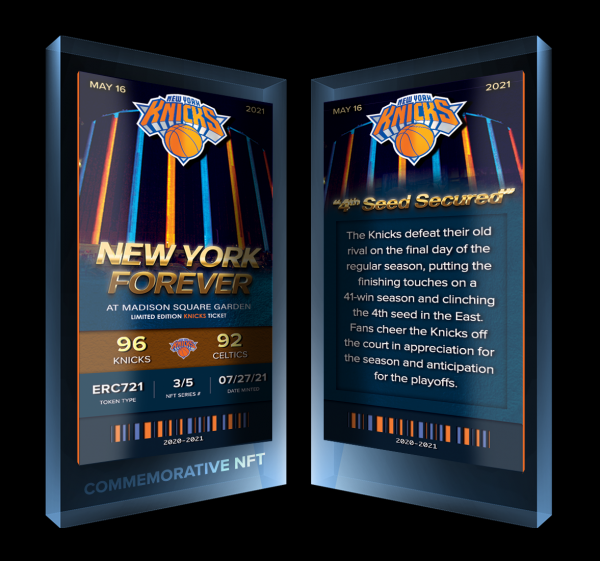 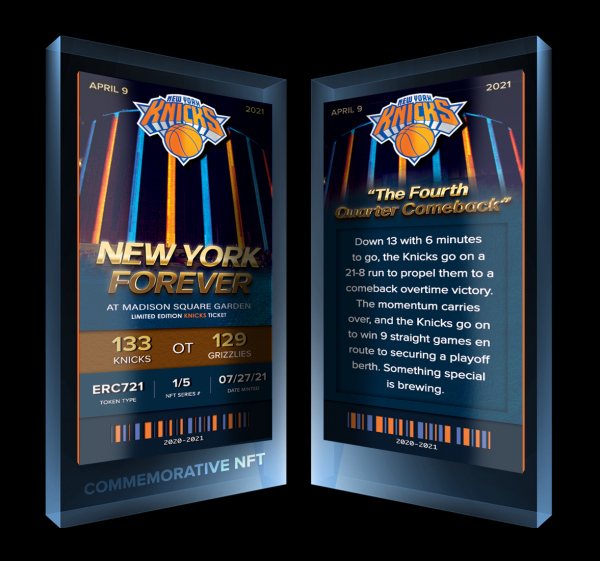 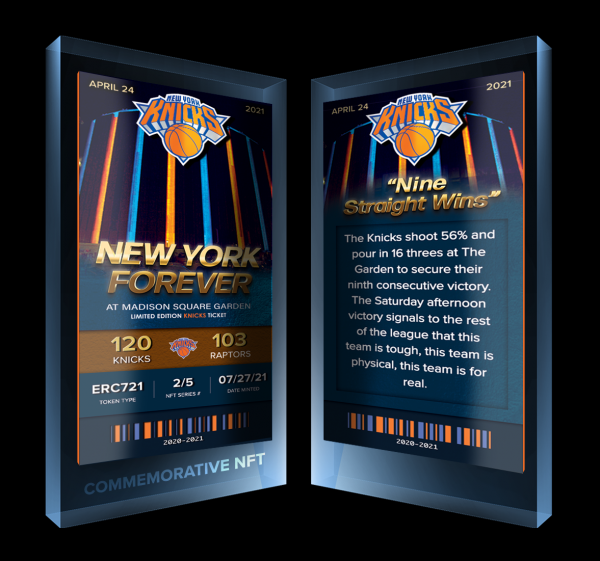 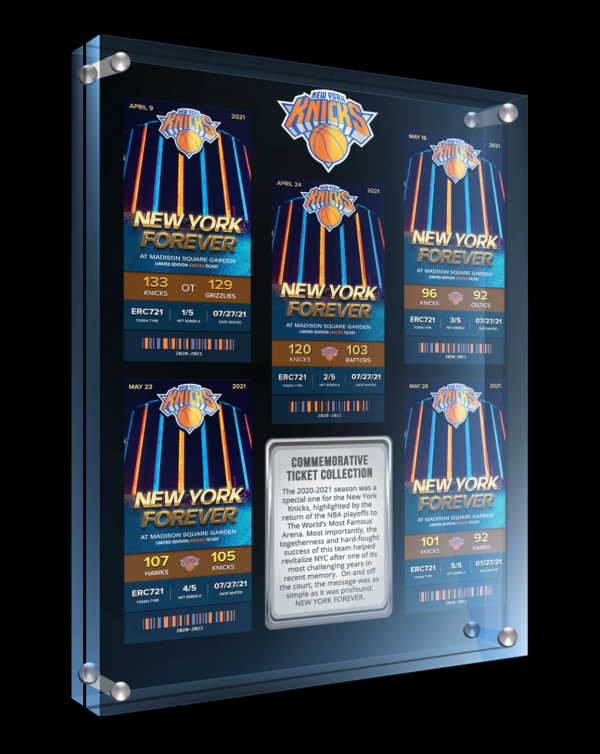