'Microsoft Flight Simulator': How a Game Rendered the WHOLE WORLD

'Microsoft Flight Simulator' is finally out for the Xbox Series X and Series S, meaning that almost every gamer in the world with a capable system (except PlayStation players) can now visit literally any place on Earth, whenever they want. 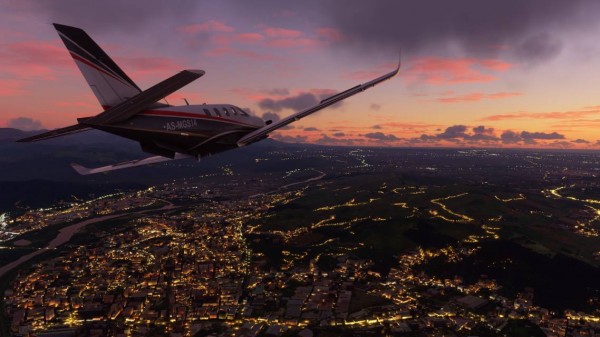 And by any place, we mean that literally. The Grimsby Telegraph was among those who tried out the world-spanning simulator by touring the region of Northern Lincolnshire. Any avid gamer would know that this specific area is not a place that big AAA games tend to visit. It's not as iconic as London, New York, Los Angeles, or Paris, but you can still visit it in this game, rendered in stunning detail.

That is one of the many wonders that "Microsoft Flight Simulator" is able to offer. Developer Asobo Studios was able to achieve the feat by using a slew of modern gaming tech, which made the game extremely demanding on hardware. While it is now easy enough to run on the Xbox Series X and Series S, it's still a marvel of game development. But how exactly did they recreate the entire world with way more accuracy than before?

"Flight Simulator 2020" is the first new game in the award-winning game series since its last installment in 2006. Called "Flight Simulator X," the game was, by all means, also a critical and commercial success. It's still available on Steam, and has earned excellent reviews to this day.

But that game can only do so much for the technology of the time. It offered players a limited number of places to go and only focused on giving them options to play not just a pilot but as other roles: air traffic controller, a co-pilot, or even a racer. That gave Asobo Studios the idea of extending the game to cover the entire world, which they can never do with hardware from 2006. 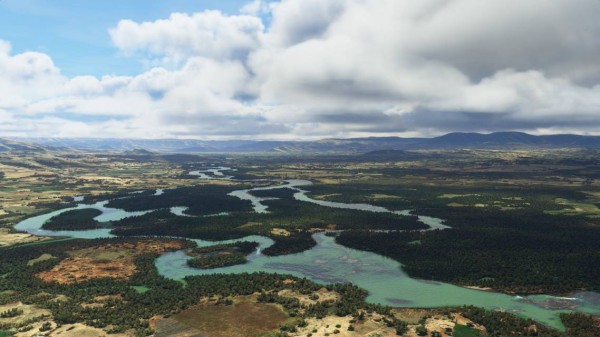 All Of The World--In A Game

The BBC explains it in a simple but accurate way. To recreate the world, the developers of "Flight Simulator 2020" used machine learning to fill out most of the map by training it on tons upon tons of satellite photos of the Earth. The AI then drew much of the world from that data, though the devs also guided it on selecting airports and runways. As for roads, trees, and 3D buildings placed on top of the flat, 2D images, the AI did much of that work as well.

It resulted in a game world that not only looks as accurate as can be but is detailed enough to look almost photorealistic at the highest graphical settings. If you don't believe that, here is "Microsoft Flight Simulator" on an RTX 3090 (the most powerful graphics card in the world to date) running at the highest possible settings:

Aside from machine learning, the developers also used photogrammetry technology to recreate several of the world's most recognizable cities. Photogrammetry involves using real-world photographs of assets such as textures, then translating them into game-ready ones. As a result, "Microsoft Flight Simulator" has a total of 341 major cities rendered in almost photorealistic detail, reports RockPaperShotgun.

For now, there's no telling where a game like "Microsoft Flight Simulator" will go in the future. If a game already looks as good as modern hardware, imagine what faster, more powerful consoles and PCs can do down the line. If "Flight Simulator 2020" can run smoothly enough on a console like the Xbox Series X, then the future is very bright for next-gen systems.

Microsoft Flight Simulator 2020 Hack: How to Go Anywhere You Want