Ariana Grande is the Next Superstar to Join Fortnite, Will Headline the Rift Tour Event [OFFICIAL]

Grammy-winning, multi-platinum singer Ariana Grande is the next big star to join the millions of active players as Fortnite launches its Rift Tour.

For three days, starting from August 6 up until August 8, the massive battle royale game will be having its musical extravaganza across different realities, this time headlined by the "God Is A Woman" artist.

"Working with Epic and the Fortnite team to bring my music to life inside the game has been so fun and such an honor," Ari said in the Epic Newsroom release. "I can't wait to join my fans and see all of your reactions to such an unforgettable, magical journey to new realities." 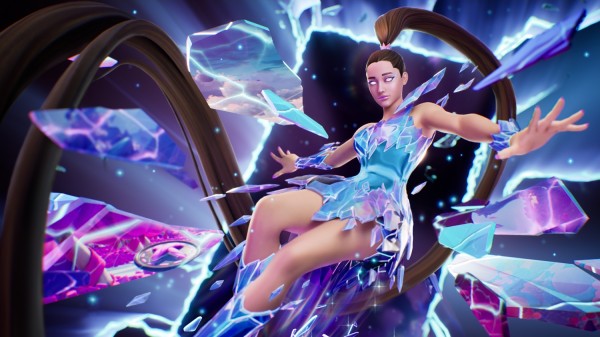 Phil Rampulla, Epic Games Head of Brand, describes Fortnite as a "place for the imagination and the impossible," and that the Rift Tour will bring a new musical experience to its players and their friends. He also expressed gratitude for having Ariana Grande and her team onboard the latest Fortnite festival.

Building on previous smash Fortnite activities, the Rift Tour will pair popular songs with moments taken from in-game elements. The new event will allow players to enjoy a magical journey with their friends, including one where Fortnite and Ariana Grande collide.

The Rift Tour and Ariana Grande on the Fortnite Icon Series

To ensure accessibility to fans all around the world, Fortnite developers Epic Games have scheduled five separate showtimes spread across three days, with fans and players advised to log into the game about an hour before the show starts. The Rift Tour playlist will go live 30 minutes before each show starts. Before Ariana Grande arrives into the Fortnite world, various experiences that combine hit songs with in-game elements will be presented for fans and their friends to enjoy.

Players can either visit RiftTour.com for more details on the schedule, or they can visit the Rift Tour tab in-game, allowing you to plan your schedules and even get the latest updates on the latest Rift Tour Quests.

Meanwhile, fans of both Ariana Grande and Fortnite will definitely be delighted as the 28-year-old joins the Fortnite Icon Series, the game's unique feature where various in-game items, emotes, and cosmetics are designed and patterned after famous celebrities, artists, and influencers. Ariana Grande will start her own Icon Series with the new Ariana Grande Outfit and the Piggy Smallz Backbling, with more details to be released soon.

Ahead of the shows, Fortnite has already unveiled its first wave of Rift Tour Quests. Just log into the game, check the Quests from the Rift Tour Tab up until August 8 and get ready to unlock exclusive items. These include the Cosmic Cuddles Loading Screen, designed by Delicious Design League, as well as the "Rift-sterpiece Spray," and the Cloudy Kitty Emoticon. Additionally, all those who can attend the Rift Tour will receive the commemorative Cuddly Cloudcruiser Umbrella. 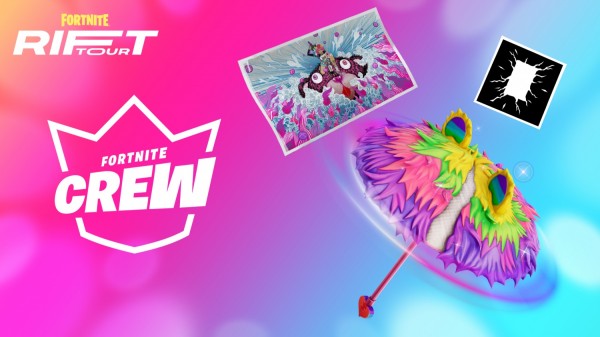 A Fortnite Crew benefit will also drop during the Rift Tour, granting active subscribers who are logged in anytime from August 5, 10 AM EST, to August 9, 10 AM ET will receive the set including the Rainbow Cloudcruiser Umbrella, the Skye Up High Loading Screen, and the Rift Tour Banner.