The application of artificial intelligence (AI) is now becoming more popular across several industries, such as engineering, agriculture, and other fields.

Recently, the US Military has a plan to launch a predictive AI network that would forecast the arrival of events before their occurrence.

Pentagon to Use GIDE For the AI 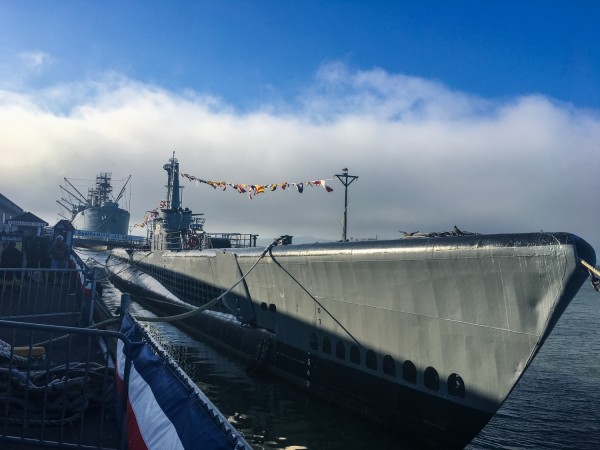 (Photo : Thomas Haas from Unsplash )
The Pentagon is looking to experiment with a predictive AI network that would inform the authorities of an event ahead of time.

The Pentagon will depend on the Global Information Dominance Experiments or GIDE. It consists of many experiments that involve remote sensors, intelligence reports, and satellite image processing.

Indeed, the military officials want to achieve the power of cloud computing, so data collection can be more efficient, especially when it includes huge data.

In a press briefing by the US Department of Defense on July 28, Glen D. VanHerck mentioned the importance of GIDE.

According to the US Air Force General, the series of tests will not only benefit the military heads, but also the civilian leaders. This will also improve their strategy-making in line with their preparation.

Since this is a predictive network of AI, it is expected that it would deliver reports to the group before an event happens, like in the case of war.

This will also help in avoiding further damages that could occur during the time.

For example, ScienceAlert used the case of a submarine leaving from the port. This departing machine is clearly headed under the sea.

The integration of machine learning in artificial intelligence will hasten the tracking of its real-time location. This will be quick work compared to the detection techniques that humans can do.

He added that this would help predict events "days in advance."

If the authorities take a long time to issue a warning to the people, the AI systems will do the job in real-time.

So far, the Pentagon has limited information about the capability of the AI network. What we only know is that the fourth GIDE testing is set. The previous GIDE experiment has already been accomplished.

Even though the idea sounds AI-dependent, VanHerck said that they are still in charge of formulating decisions. He pointed out that they aim to see the days in advance.

Furthermore, VanHerck likened the decision space to the operational commander. Afterward, the information gathered by the system will be forwarded to the President or other officials.

In line with the AI, Microsoft executive Brad Smith believed that artificial intelligence can rule the world one day. He used the term "Orwellian future" to describe the catastrophe that could happen when the government does not control them properly.

In fact, some experts fear that AI could easily fool even cybersecurity researchers through fake data reports.