The NHS COVID-19 app in the United Kingdom has seen a significant decrease in the number of alerts sent by users. In just a week, the numbers have decreased by almost half. It would indicate that the country is gradually recovering from the coronavirus pandemic that started in 2020. 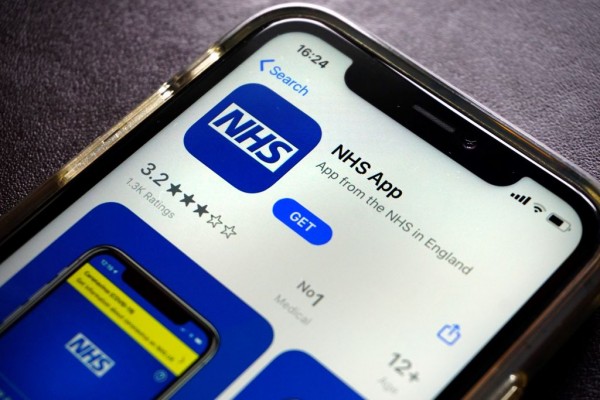 (Photo : ADRIAN DENNIS/AFP via Getty Images)
A photograph arranged as an illustration in Hartley Wintney, west of London on August 19, 2020 shows the NHS app, for Britain's NHS (National Health Service) on a smart phone.

According to the latest statistics provided by the U.K. Government, there was an improvement in the number of NHS COVID app alerts from the past week.

The record garnered 690,129 alerts in the application during the time. As of July 28, there were 395, 971 alerts that were sent which accounted for a 43% plunge from the previous week.

On the said date, England has noted 189,232 individuals who tested positive for coronavirus. Again, this was another set of declining percentages that boiled down to 39% in the region.

This was the first time that the alerts in the NHS COVID app were reduced in the U.K. The last that it happened was the week covering May 5.

In July, the NHS COVID app was surprised by the sudden surge of users instructed to undergo self-isolation. Since then, the government has changed some functionalities of the app.

According to the authorities, they discovered that more people were abruptly deactivating the NHS COVID app so that they would not be pinged. Others were deleting the application due to a similar reason.

On Monday, Aug. 2, the NHS Test and Trace head said that 40% of the app users had been regularly utilizing the NHS app. As a support to this explanation, Sajid Javid, the secretary of Health and Social Care, shared this logic.

Javid said that there were some minor changes in the NHS COVID-19 app. However, the risk threshold and the app sensitivity were not altered as a result.

"We want to reduce the disruption that self-isolation can cause for people and businesses while ensuring we're protecting those most at risk from this virus," Javid stated regarding the app tweak.

Before, the app would launch checking of the users prior to the positive test result. It would last for five days. With the recent changes in the app, the adjustment became two days.

Dr. Jenny Harries, the head of Test and Trace, said that people should still use the app for their self-isolation. Moreover, she continued that even those who are fully vaccinated should also utilize it, ITV reported.

Back in December 2020, the NHS contact-tracing app rolled out its $695 financial support to users who would self-isolate. During the second day of the month, the download numbers for the app had increased.

Related Article: How NHS COVID-19 App Works: Find Out How To Download, Activate, and Explore The Features